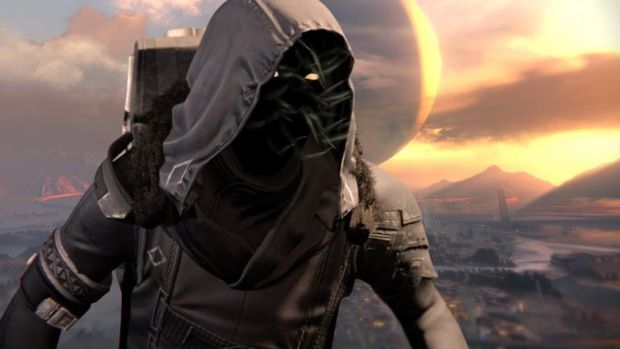 Xur has returned to the Tower in Bungie’s Destiny and praise the sun, he finally has some new Exotics. Find him by the Speaker near the big doors where he’ll remain till 2 AM PST, April 24th.

“New” is probably the wrong word. Instead, Xur brings two Exotic gear pieces from Year One to Year Two, namely Lucky Raspberry (Hunter chest piece) and Purifier Robes (Warlock chest piece), each for 13 Strange Coins. Helm of Inmost Light is also available for Titans at 13 Strange Coins. Finally, there’s the Exotic weapon for this week – the auto rifle Monte Carlo who’s signature perk recharges your melee as you do damage and has a chance to fully recharge it with a kill. It’s yours for 23 Strange Coins.

Other highlights include the Legacy Engram being Year One chest armour and available for 29 Strange Coins; Three of Coins for increased chances at an Exotic per Ultra kill at 7 Strange Coins; and the usual Glass Needles and Heavy Ammo Synths.