Black Forest Games says the PS5 and Xbox Series X/S will the new remake to "use up to 5 times more objects in the levels, making them more vivid, less empty, more believable, and more active." 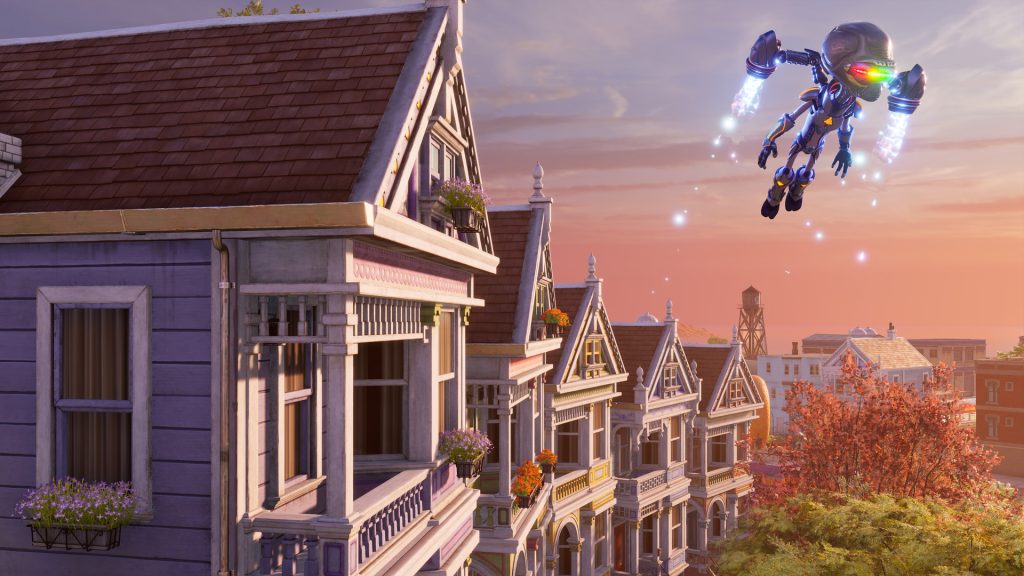 Curiously enough, the game’s been announced only for PS5, Xbox Series X/S, and PC, and with most games right now choosing to launch as cross-gen titles, many have wondered why the Destroy All Humans! 2 remake is instead skipping the PS4 and Xbox One. We posted the question in a recent interview with technical director Johan Conradie and assistant creative director Stefan Schmitz, who told us that optimization had already been a significant hurdle on the PS4 and Xbox One when they had been working on the previous game, and that would have been exacerbated with the second one’s development, primarily thanks to split-screen gameplay.

“Optimization was already a major challenge for PS4 and Xbox One, and this would be rather magnified in DAH!2: Reprobed’s split-screen gameplay,” they said. “Split-screen co-op will still have 30 FPS on consoles upon delivery, and we know this already is a comfortable gameplay experience. Single Player mode will run in 60 FPS. Beyond this, split-screen co-op would need to have player-to-player tethering on old-gen, and we did not want to limit the host and the guest’s distances to one another. We believe it would be a very constrained experience gameplay-wise if tethering needed to be in, and certainly more Crypto-driven-chaos & couch co-op fun should not be limited like this.”

The developers also went on to explain that other factors such as higher NPC counts and larger and more complex levels would have also made optimization on previous-gen consoles more complicated.

“We also increased active actor and NPC limits drastically from DAH!1’s 20 active limit to 50 high-res NPCs,” the developers explained. “This benefits both combat and other gameplay situations, we are aiming to have roughly 2x-3x more ambient NPCs around in the game at any given time, making the world more lively and dynamic, thus prone to more Crypto-unleashed chaos.

“The levels of DAH2 are bigger and more complex than DAH!1. It would have been extremely difficult, if not impossible, to maintain the benchmarks of the visual quality for DAH!2: Reprobed compared to DAH!1 on the old console generation.”

According to Black Forest Games, thanks to improvements across the board to visuals, environments, their level of detail, and more, they’re hoping to deliver a console experience of Destroy All Humans! 2: Reprobed that is visually on par with the PC version, which wasn’t the case with the 2020 remake.

“The new console generation allows us to use up to 5 times more objects in the levels, making them more vivid, less empty, more believable, and more active,” they said. “It allows us also to have better shaders, better lighting, better shadows, textures in higher resolution including the destruction elements. This time we’re aiming to get the console versions visually on par with the PC version, which was not necessarily the case of DAH!1 due to the old console generation’s lack of performance and memory.”

The developers concluded: “We are all stepping into the new console generation, so we had to make a choice between delivering the new game on the old console generation and having a poorer visual experience compared to DAH!1.

“We had to accommodate the overall bigger maps and everything in them in the second remake and this meant embracing the new console generation and deliver what we really wanted to visually achieve to make DAH!2: Reprobed much better than DAH!1.”

Destroy All Humans! 2: Reprobed is currently set for a launch sometime in 2022 for PS5, Xbox Series X/S, and PC. You can read our full interview with its developers through here.