Turn places like Albion, Solaris, and Bay City to dust when the remake launches on August 30th for PS5, Xbox Series X/S, and PC. 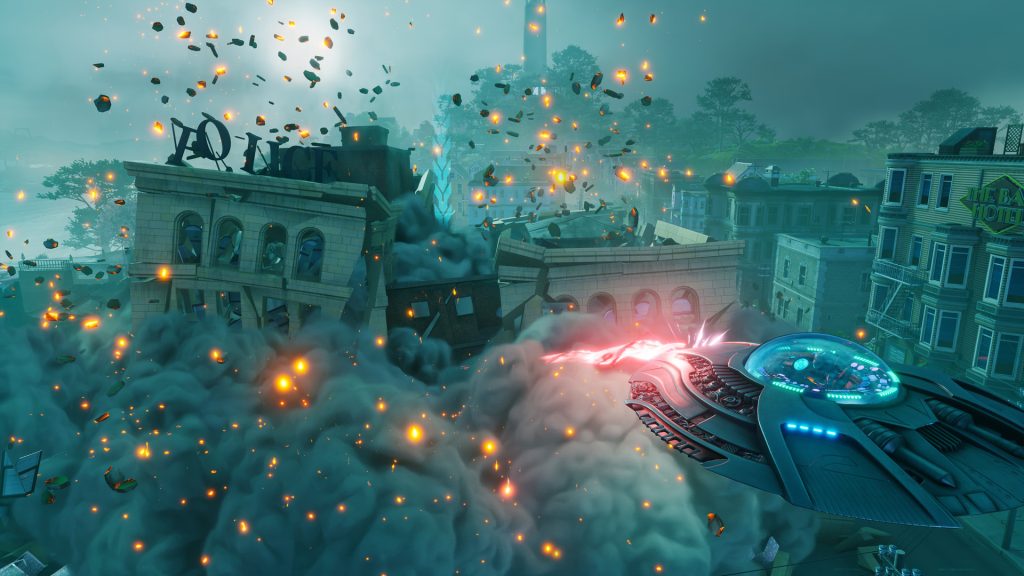 THQ Nordic and Black Forest Games continue to hype up Destroy All Humans! 2: Reprobed, the remake of 2006’s Destroy All Humans! 2. It showcases the different locations in which protagonist Crypto can venture and cause mass destruction. These include Albion, Takoshima, Solaris, Bay City, and Tunguska. Check it out below.

Much like the previous game, Destroy All Humans! 2: Reprobed is all about destroying humans. This can be done through a variety of ground weapons like Meteor Strike or with the flying saucer’s Quantum Deconstructor (check out weapons for both here). Capturing humans allows for mixing with the alien’s DNA and upgrading skills.

Along with solo play, there’s also local split-screen co-op for two players with the entire campaign playable. Destroy All Humans! 2: Reprobed releases on August 30th for PS5, Xbox Series X/S, and PC. For more details on improvements in the remake, check out our interview with the development team here.