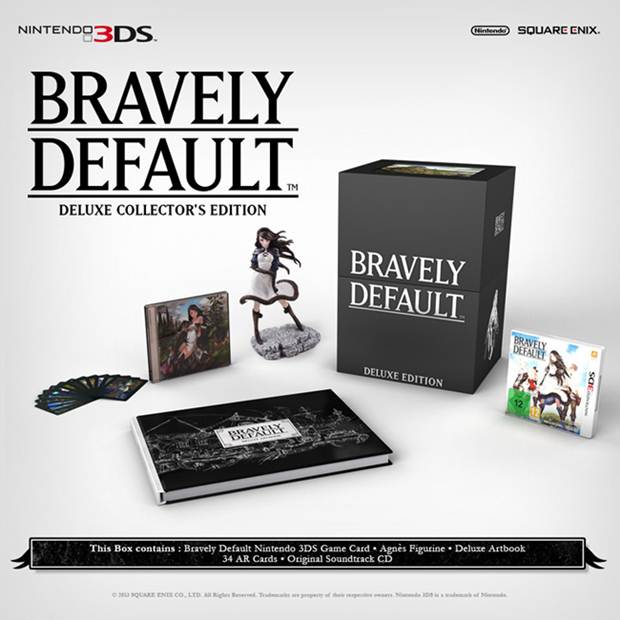 The December 6th release of Bravely Default for the Nintendo 3DS has been something fans have been anticipating for quite some time now. In preparation for the big date, Nintendo Europe has released the details of what superfans will get should they decide to splurge on the Bravery Default Collector’s edition.

The Bravery Default Collector’s Edition will come with the following:

– The game will come inside a special edition game-themed box

– A figurine of the character of Agnes

– A CD of the game’s original soundtrack

Additionally, as a special pre-order bonus, gamers who order either the special edition or standard versions of the game will receive a smaller art book. In addition to hard copy, the game will be made available in the Nintendo eShop for the 3DS on release day.