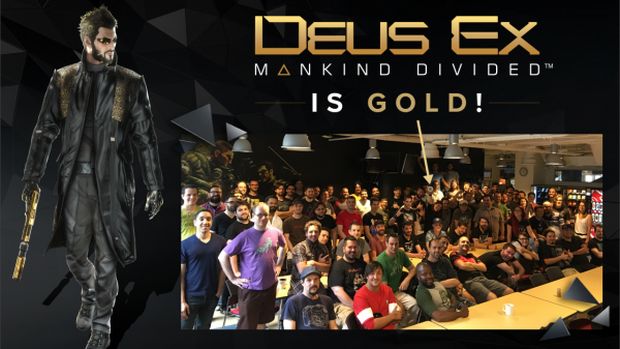 In case you were worried that Eidos Montreal would pull out another delay before the launch of Deus Ex: Mankind Divided, then lay those fears to rest. The developer released an image recently to announced that the highly anticipated sequel has indeed gold. Principle development is complete and it’s now being readied for manufacturing and digital/physical distribution.

Deus Ex: Mankind Divided takes place two years after the catastrophic events of Human Revolution. Augmented humans are now herded into special areas and heavily discriminated against. Adam Jensen now works for Interpol but must contend with other forces vying for his attention, including terrorist organizations attempting to rally the Augs to their cause.

Along with its share of improvements, including better designed boss fights and weapons that can be modded on the fly, Deus Ex: Mankind Divided will have improved visuals thanks to the new Dawn Engine. It’s out on August 23rd for Xbox One, PS4 and PC.