Can Mankind Divided rekindle the best facets of the genre?

Deus Ex has never had an easy time fitting into the gaming world. It’s ironic, considering the game’s themes centre around augmentation, diversity in humanity and the divides created when science goes too far. Eidos Montreal’s Deus Ex: Mankind Divided will be the latest edition in the series and it’s arguably the “big budget” iteration. While Deus Ex 1 and 2 had more humble origins, Human Revolution saw the series step up on the previous generation of consoles, offering a more action-oriented experience combined with a deeper cinematic story-telling. Sure it was more a testament to what was possible with today’s technology but Deus Ex: Human Revolution still stood out as an odd-ball in today’s era of third person and first person shooters.

"The action is all there and multiple storyline decisions, branching missions and customizable abilities are all present and accounted for. We won’t debate about whether this is really Deus Ex or not as we know it."

Deus Ex: Mankind Divided doesn’t seem all that different, oddly enough. It’s visually more pleasing, yes, but it’s also incorporating a grittier, messier atmosphere befitting Deus Ex. The third person cover system will be balanced by a more fluid first person perspective that allows for more frequent usage of powers. The action is all there and multiple storyline decisions, branching missions and customizable abilities are all present and accounted for. We won’t debate about whether this is really Deus Ex or not as we know it.

But is it Deus Ex as we knew it long before? The first game’s release seems like ages ago, born from a concept by ION Storm’s Warren Spector that featured a heavy emphasis on conspiracies and authoritarian future not unlike Blade Runner. The vibe was further reinforced by the absolute freedom that players could exhibit when building their character, much like System Shock 1 and 2. At the time, FPS/RPG hybrids weren’t very common. Everyone was still trying to be the next Half-Life when they weren’t concerned about emulating the success of Counter-Strike or Unreal Tournament. It’s crazy that we’ve come to a point where those mechanics are expressed in a wholly different fashion than before but is it really?

After all, despite staying in the first person perspective, Irrational’s Bioshock series was arguably more simplified than System Shock. We’ve heard the various stories about how it was meant to be more complicated but the basic goal was immersion. To make the player feel as though they were a part of the world while embodying a character of that world. Character choice didn’t really take a step back – it was just streamlined for easier accessibility. Deus Ex: Human Revolution is fairly similar – it wanted to provide a proper stealth system, which the cover mechanics aided in, but retained the first person shooting that defined the series. It was a new creation of sorts and one that saw phenomenal success because as easy as it was to understand, the world itself – and the various missions and choices inhabiting it – were complex. 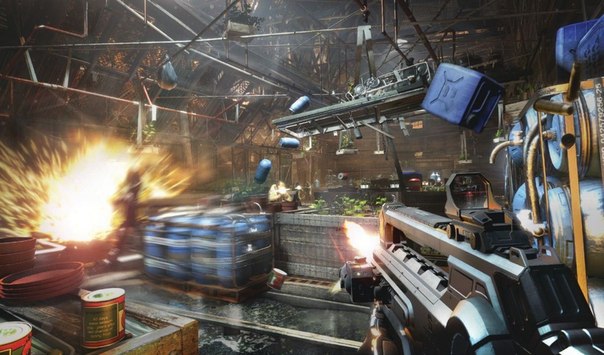 "In an age where simplifying mechanics, decisions and character creation is quickly becoming second nature, we need a game that can take us back to the days of FPS/RPG hybrids without letting new players feel left out."

It’s been a long time since we’ve seen a true stand-out FPS/RPG though. The genre has never been easy to develop for and even when games like Destiny and Borderlands came up, they were decidedly focused on action above all else, following the loot-shooter path. The Elder Scrolls V: Skyrim, Fallout 4 and System Shock: Enhanced Edition may have been the few true titles in the genre since the last Bioshock. We’re not sure if that’s cause for cheer or not.

Deus Ex: Mankind Divided has its work cut out for it though. In an age where simplifying mechanics, decisions and character creation is quickly becoming second nature, we need a game that can take us back to the days of FPS/RPG hybrids without letting new players feel left out. It’d be best to offer an option to play entirely in first person but it’s not about the perspective. We need more choices for building our character beyond hacking or stealth or destructive action. The decisions in Human Revolution were a good step but Eidos Montreal now has to go beyond that. And before you think it’s obvious that this will happen, remember the leap in quest direction from Skyrim to Fallout 4. We need more revolutionary changes than that so why not look to games which focused on building their worlds or cultivating entire ecosystems of enemies rather than simply building upon their predecessors?

One can hope that the delay to Deus Ex: Mankind Divided and the inherent lack of information we’ve seen thus far will lead to its presentation as a more complex adventure rife with the next level of difficult choices. Deus Ex has always been an outcast of sorts in the gaming industry and there are now more eyes on it than ever before. Can it reconquer a genre which doesn’t have that much competition left, aside from a System Shock 3 releasing somewhere down the line? We’ll find out when it releases in August.