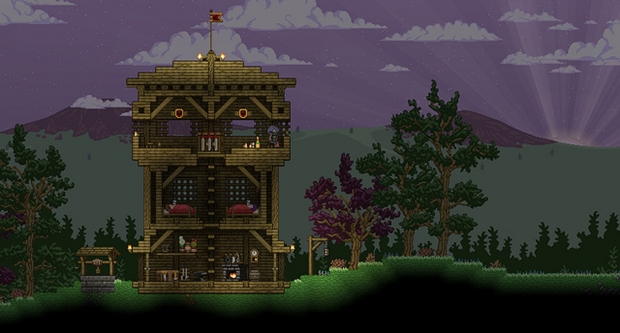 Chucklefish Games’ Starbound could be classified as “Terraria in space” – but then Terraria could also be considered “Minecraft in 2D”. Regardless, the space trappings and ability to visit other planets in Starbound has helped it stand out enough to warrant a console release. However, it will only be arriving on the PS Vita and PS4. Speaking to GamingBolt, lead writer Ashton Raze explained the decision to target Sony platforms and outlined how cooperative the publisher has been.

“Sony actually approached us about putting the game on their platforms, so obviously they’ve been super co-operative and accommodating. Shahid [Ahmad] over at Sony is doing some great work getting indies involved, and it’s something we’re really happy to be a part of.”

As for why the game isn’t coming to the Xbox One, Raze said, “While there are no current plans for an Xbox One version of Starbound, it’s not something we’ve ruled out.”

As of now, Starbound’s beta is already available for PC, Mac and Linux, with the PlayStation platform releases still to be announced.