Watch V and his three demons make quick work of the opposition. 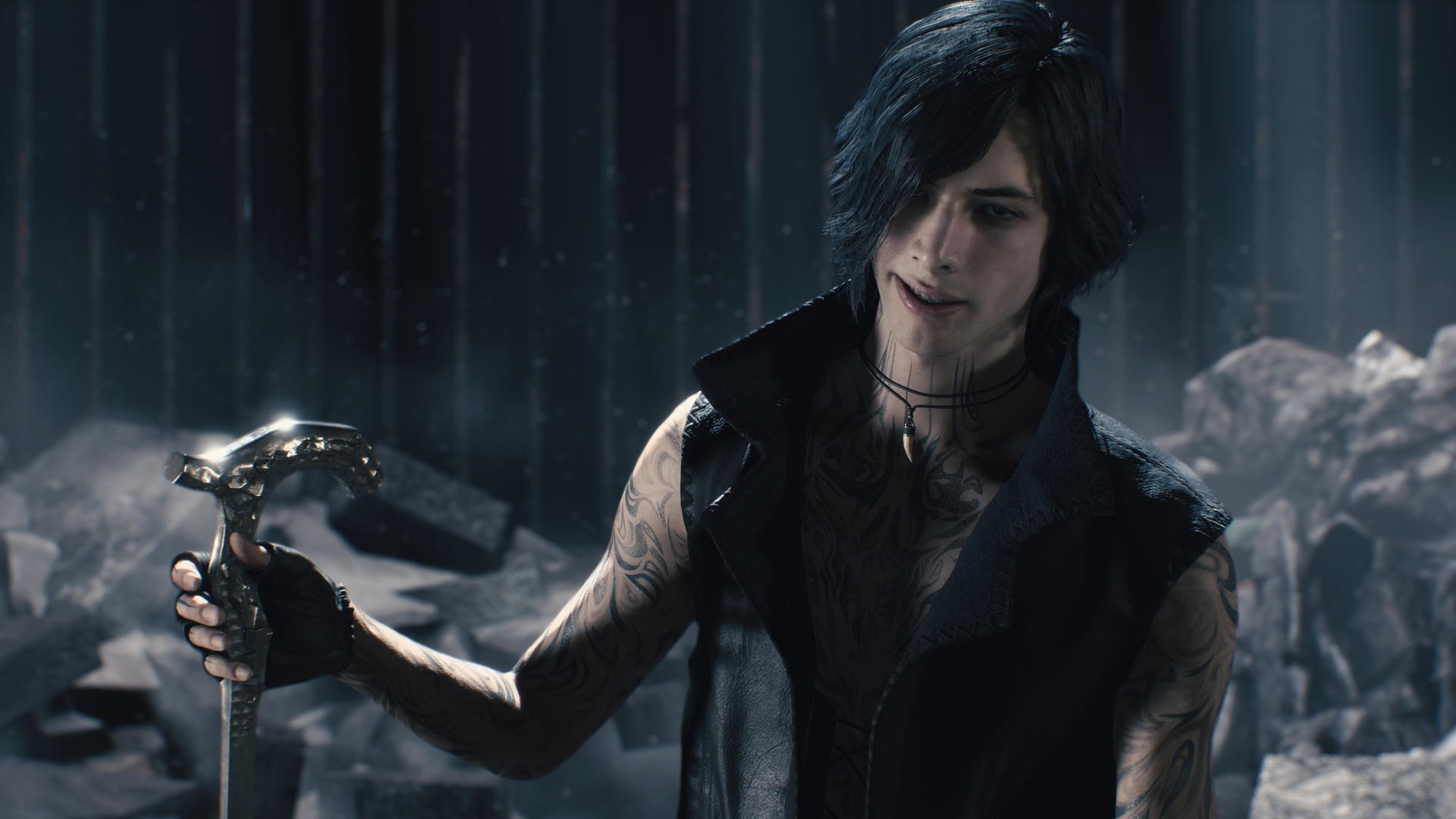 Of all the playable characters in Capcom’s upcoming Devil May Cry 5, V has been the most intriguing. After showcasing how he fights in The Game Awards 2018 trailer, the developer has released a standalone gameplay trailer. Watch it below and see what exactly he’s capable of.

As a major departure from the fighting styles of Nero and Dante, V uses different demons to attack. Griffon is an eagle that can use lightning attacks, while Shadow is a panther that can shoot out spikes and open portals. When using V’s Devil Trigger, a large golem named Nightmare arrives, and can fire lasers, along with battling larger foes.

V also seems to have his own spells and attacks that can be used in between. One interesting bit showcased near the end is V taking Sparda, the iconic demon sword, and seemingly impaling an unconscious Dante with it. What’s going on? Devil May Cry 5 is out on March 8th, 2019 so it won’t be long before we find out.