PS4 gets to join in on the fun with this new demo, but PC players still get left out. 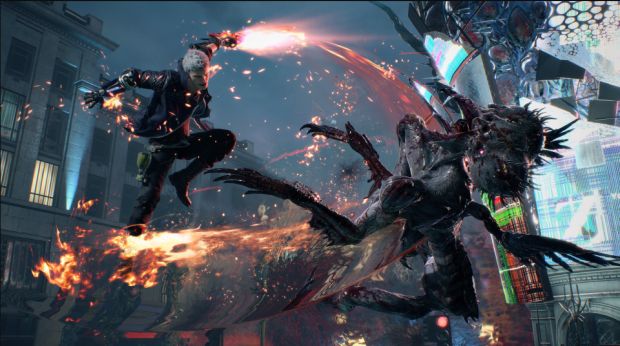 The first demo, meanwhile, is no longer available to download—if you haven’t gone to the store to get it yet, you no longer can. If you did, you can redownload and play it at will. The second demo, from the wording of the tweet which made the announcement, will be a completely new one. It’s also a full month away, since Capcom confirmed it won’t be out until February 7—so if you’re someone like me who hadn’t yet gotten the demo from Xbox Live, you’re going to be Devil May Cry-less for a full month.

At least that’s still sooner than the full game’s release, though. That’s another additional month on top, coming out for PS4, Xbox One, and PC on March 8.

Huge thanks to everyone who downloaded and tried out the #DMC5 Xbox One demo! As of today, it will no longer be available for download, but it's still playable if you have it on your system.

⚡️ A new demo is coming Xbox One and PS4 on Feb 7th! ⚡️ pic.twitter.com/VZLNAL2tAk