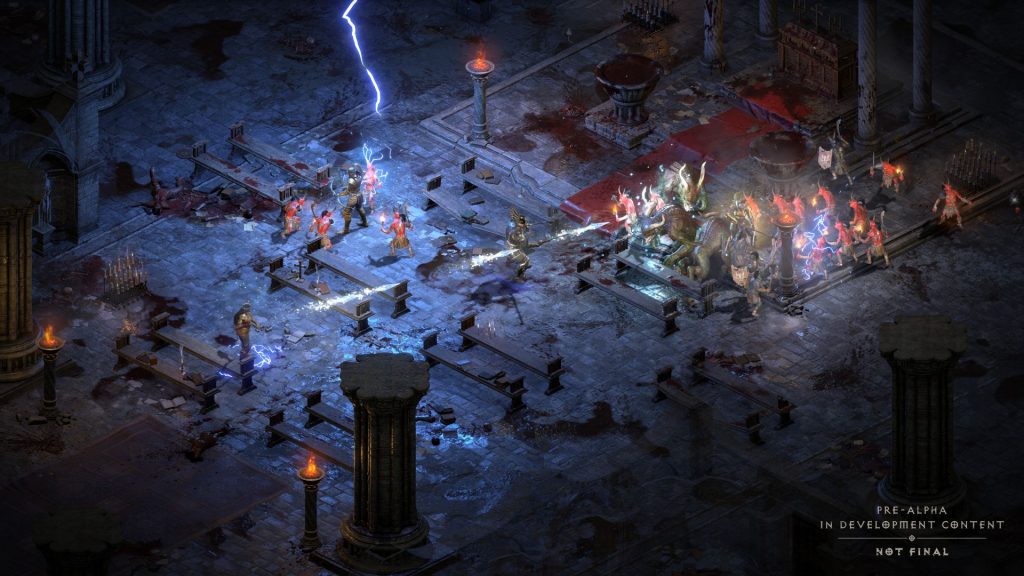 While Blizzard Entertainment’s Diablo 2: Resurrected serves as a return for the classic action RPG, it’s also entering some uncharted territory, namely consoles. It will be coming to Xbox One, Xbox Series X/S, PS4, PS5 and Nintendo Switch along with PC, which means implementing controller support. Executive producer Rod Fergusson offered more details on this at GameSpot’s Play 4 All presentation (transcription by WCCF Tech).

According to Fergusson, the game was “already very playable” when controller support was implemented. “Fundamentally, it’s the change of, ‘you’re telling the character where to go’ to ‘you are the character giving them that direction through the sticks’. The dev team just did a fantastic job. The very first time we implemented controller support it was already very playable. It felt great to play. Ranged attacks feel really good, melee attacks feel really good. Auto gold pickup works so well. There’s certain things that get turned on as an option. Those things you can also turn off.

“It was really just trying to make it feel native, even though it wasn’t. You don’t want it to feel like ‘Oh, this is a PC port, therefore it feels kind of clunky.’ We’ve dedicated a lot of effort to making that feel smooth. To feel like you have precision, that you can do what you want to do. It feels like a great console experience.”

The development team at Blizzard and Vicarious Visions did try to add some extra functions, like an auto-sort option for the inventory. “It’s basically a focus on understanding what the controller is good at. We try some things, and we go, ‘That’s too far.’ For a while, when we plugged in a controller your inventory auto-sorted for you so you didn’t have to do inventory Tetris, and we were ‘Oh, this kind of breaks the game.’ So, [we had to find] creative ways to allow you to move things between your inventory and your belt or your inventory and stash and shortcuts. Some skills, like Sorcerer’s Teleport, it depends on where you click to, so now we’re having to predict a certain range of distance based on how you use the controller.”

How different the experience will be with a controller remains to be seen but considering how well Diablo 3: Reaper of Souls played consoles at launch, there shouldn’t be too much need to worry. Diablo 2: Resurrected is currently set to release on September 23rd. Pre-orders can gain early access to the upcoming beta, which has yet to receive a date.