Wield the power of the elements, igniting, freezing and shocking foes with a variety of spells, and cover great distance with Teleport. 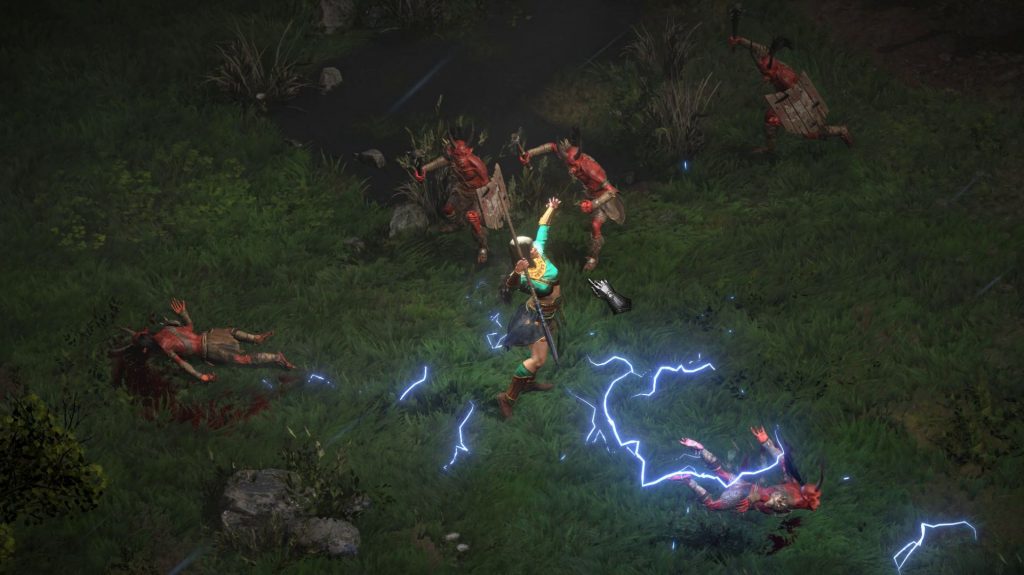 Following its showcase of the Barbarian class, Blizzard Entertainment’s Diablo 2: Resurrected has received a new trailer focusing on the Sorceress. As one commands the elements, the Sorceress is your go-to choice for causing wide-spread magical damage. Check out her gameplay below.

The Sorceress’s skills are divided into three categories – Ice, Lightning and Fire. She can cast Frozen Armor for a defense bonus and to freeze any attackers or cast spells like Frozen Orb, Fire Ball and Lightning to decimate foes. Of course, if you want to get around the map quickly, then Teleport also comes in mighty handy. While she can’t tank heaps of damage, the Sorceress can perform well in medium to long range engagements.

Diablo 2: Resurrected is out on September 23rd for Xbox Series X/S, PS4, PS5, PC, Xbox One and Nintendo Switch. For more details, check out our feature here. Stay tuned for trailers detailing the other classes in the coming days.