Diablo 3: Reaper of Souls Closed Beta to Expand to 3,000 Players

Blizzard to go beyond their initial “friends and family” approach for the expansion. 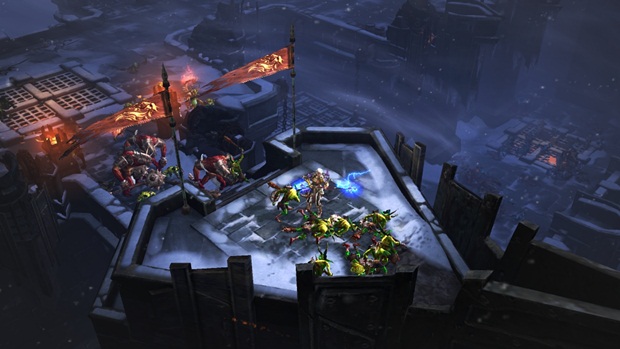 The Diablo 3 expansion Reaper of Souls will be expanded its closed beta phase, with Blizzard Entertainment announcing that 3000 beta invites to be released to players by year end.

Posting on the Battle.net forums, Blizzard revealed that, “In the past, participants in this particular phase of public testing usually only include friends and relatives of Blizzard employees.

“With Reaper of Souls, however, we’ve decided to buck that trend and extend invites to valued media contacts and key members of the Blizzard community. We’re also inviting 3,000 of our most active Diablo III players from around the world who’ve opted in for beta testing—something we’ve never done for any Friends and Family Beta test before!”

After these 3000 players get their invites, you can chosoe to join a queue of players who can opt in afterwards. Keep in mind that there’s no guarantee of getting in though. Diablo 3: Reaper of Souls will be releasing in 2014 for PC, PS4 and Mac OS X.