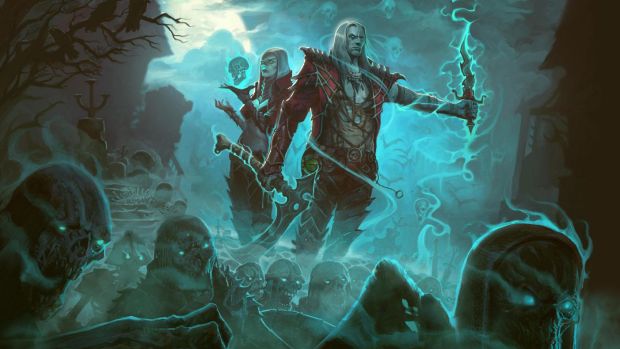 It’s time to rise up and get down with the undead. Diablo 3’s Rise of the Necromancer pack is now available digitally at $14.99 for PS4, Xbox One and PC.

Diablo 3 players will have access to a new class, the Necromancer, which can raise skeletons and a Golem to do his/her bidding. The Necromancer can also drain life from enemies, detonate corpses or consume them for health and even sacrifice health for attacks.

Blizzard co-founder and CEO Mike Morhaime said, “We’re excited to continue our celebration of the 20th anniversary of Diablo by reimagining one of the community’s all-time favourite classes in the Rise of the Necromancer pack.

Along with the new class, players will receive a half-formed Golem as a pet, new wings that can be used for all classes, two more character slots, two more stash tabs (for PC only) and lots of Necromancer cosmetics.

What are your thoughts on the Rise of the Necromancer? Let us know in the comments below.

Tagged With: Blizzard Entertainment, diablo 3, pc, ps4, Reaper of Souls, Rise of the Necromancer, Xbox One