Is it a lock for BlizzCon, then?

With BlizzCon 2019 just days away, there’s no shortage of speculation about new games that will be announced at the event, especially after the disappointment that was last year’s BlizzCon. One name that keeps coming up is Diablo 4, which, in spite of not getting announced last year, seems to have moved forward in development, if reports are to be believed.

Recently, a leaked Diablo artbook hinted at an upcoming announcement for the much anticipated RPG, and now, content within that artbook is providing even further evidence. One page in the artbook in particular makes mention of Lilith, a character who has appeared briefly in previous games of the series, but will, as per the ok, make a largely different appearance in Diablo 4 (via VGC). “Lilith’s debut in Diablo IV is a reimagining of her form that is far different from her previous appearance,” the text reads. Take a look at the full thing below.

Last year after BlizzCon, reports emerged that described a very different direction that Blizzard had taken with Diablo 4 before the project was internally rebooted, while also describing the current state (at the time) of the game’s development.

Meanwhile, Diablo 4 might not be the only major announcement Blizzard makes at BlizzCon. A recent leak has also suggested that an announcement for Overwatch 2 might be on the way. 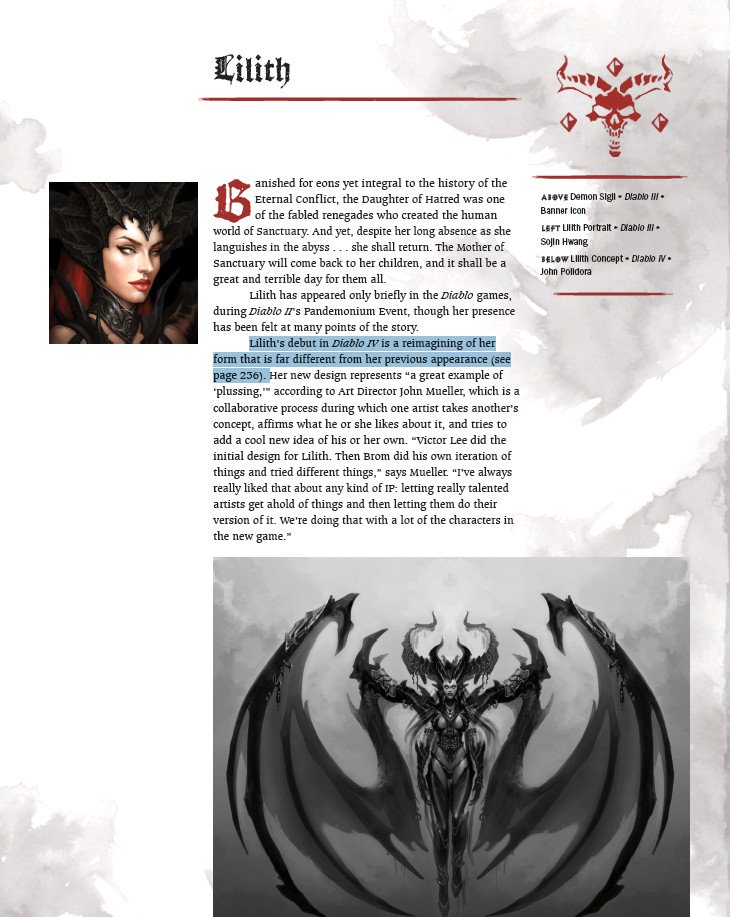