Did You Know That PS4 Trophies Have Different Colored Corners To Indicate Different Achievements?

Posted By Bill Smith | On 14th, Jul. 2014 Under News | Follow This Author @GamingBoltTweet

Update: We were under the impression that this is something that developers can use in their games. It turns out that this was specific to Watch_Dogs. We apologize for the confusion and misunderstanding.

With the launch of PlayStation 4, Sony have revamped their trophy system by functionality and design. One really cool feature about PlayStation trophies is that each of them have specific cornered colors associated with them, indicating a different type of player achievement.

For example, in Watch_Dogs, certain trophies are colored as yellow which indicate a story trophy. Other trophies are colored white, blue and so on. Now this is not available on all games but since it’s present in Watch_Dogs, we can assume that it is a more of a nice to have and it might be the developer’s call to include it or not. Another thing to note are the four white dots below each trophy. Those indicate the rarity of that particular trophy, so a four means that it is extremely rare to unlock.

Although, it does not add anything new to the PS4 feature set but trophy hunters will love this feature. What are your thoughts on this? Let us know in the comments section below. 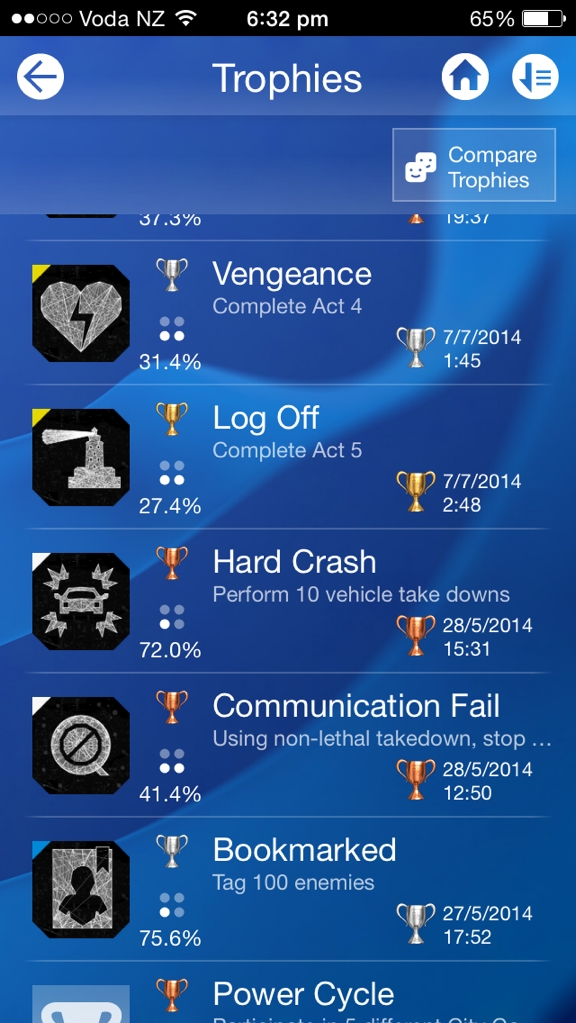