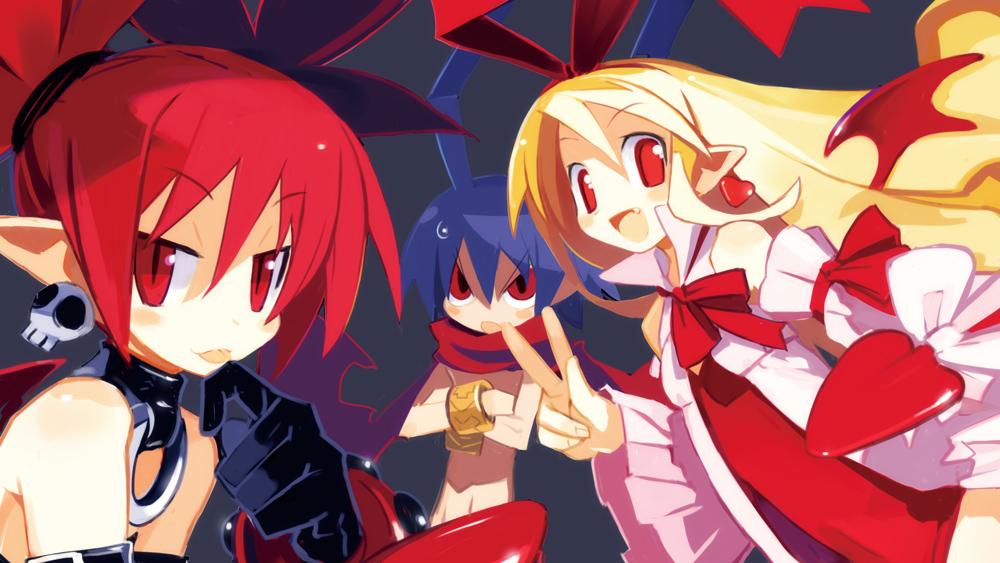 You didn’t think the self-proclaimed Lord of Darkness and eternal tormentor of Mid Boss would be far behind when Disgaea 2: Cursed Memories was announced for PSN, did you?

It seems Laharl and his frenemies Edna and Floone will be arriving on Playstation 3 via the Playstation Network after all, as Disgaea: Hour of Darkness has been announced for release on January 22nd.

The first of the franchise, which began its signature brand of tactical role playing meets real time strategy meets utter chaos and lawlessness has Laharl awakening from his slumber in the Demon Netherworld to discover his father’s death. Laharl promises to capture the throne for himself, with his trusty (?) vassal Etna and angel trainee Floone accompanying.

As is usually wont to happen, mayhem ensues and many Prinnies are harmed in the process. Which is fun, because Prinnies aren’t good for much else.

Now if only NIS and Atlus could hurry up with Disgaea 5.