Dishonored 2 Reveal at E3 2014 Shows Up in Anonymous Slide 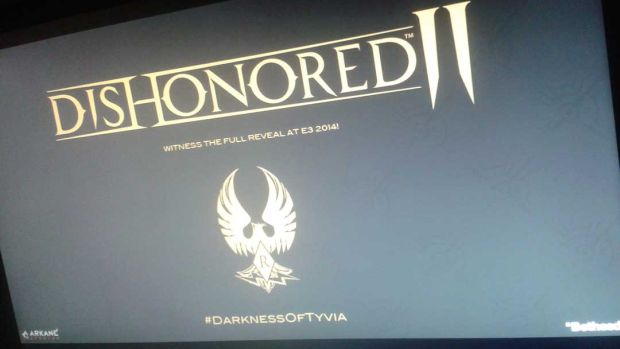 While it is known that Arkane Studios is working on a sequel to 2012’s acclaimed Dishonored, we haven’t had any indicator of a sequel for some time now. However, a mysterious and anonymous email (via NeoGAF) has indicated a slide from a presentation which showcases Dishonored 2 to be revealed at E3 2014.

This should be taken as a rumour in the highest sense, since slides can show up from out of nowhere quite easily. The #DarknessofTyvia tag also doesn’t bring up anything either, but it’s highly possible that this is a brand new world and setting given the results of the past few games.

That being said, if Bethesda can work to avoid leaks for its other titles like Fallout 4 – remember, only one stray casting sheet came out after years of speculation – then it’s more likely that Dishonored 2 could be just as tightly under wraps. We’ll find out more details in the coming months, so stay tuned for E3 2014.