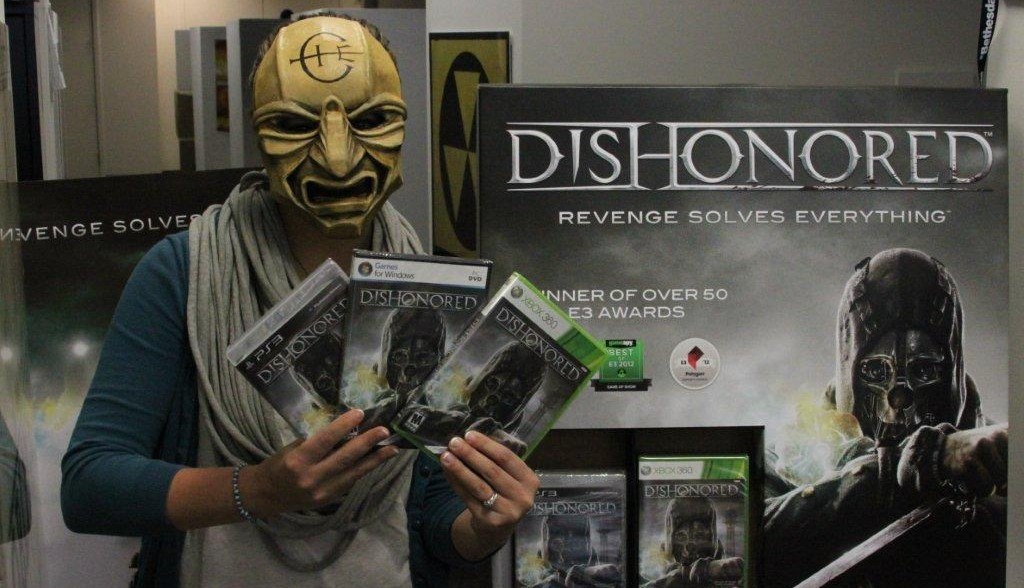 Bethesda Softworks’ Dishonored, developed by Arkane Studios, and the result of much artistic development and thought has finally gone gold. So for all intents and purposes, the game is ready to ship out to consumers across the world.

As per the official blog:

“We’re thrilled to announce that Dishonored has “Gone Gold”! After more than three years of development, 30+ versions of the game (accounting for different languages, countries, and platforms) are ready for release. Huge congrats to Arkane’s Lyon and Austin offices, as well as everyone else involved with the project.

To celebrate, Bethesda will be giving away the sweet limited Overseer mask (seen above), which was “created specifically for our PAX Prime Boyle Mansion Party, as well as a signed copy of the game”. Check out the post for more details on how to enter the contest.

No More Heroes 3 Could Happen “if There’s a Big Fan Outcry,” Says Suda51