Larian's Swen Vincke talks about all the new features players can look forward to.

Larian Studios is finally bringing Divinity: Original Sin to the Xbox One and PS4 with the Enhanced Edition (PC owners of the game get it for free) but this is no simple port. The Enhanced Edition will be a significant revamp of the base game with improved visuals, new quests, several new storyline additions and split-screen co-op among other features. It’s amazing to think that Larian Studios was in danger of going under when Divinity: Original Sin first appeared on Kickstarter. The project’s funding, success and the later funding of the sequel all cemented the studio and franchise, and we couldn’t be happier.

GamingBolt had a chance to speak to CEO, co-founder and creative director Swen Vincke about Divinity: Original Sin’s arrival on Xbox One and PS4, including some of the new features, the changes in story-telling and much more. 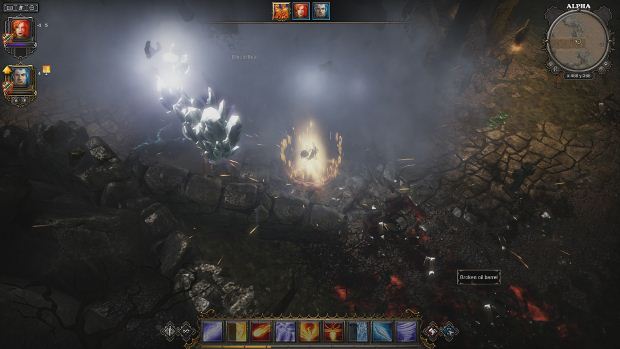 Divinity: Original Sin Enhanced Edition marks an important step for learning game since it will feature a ton of new features. How has the road of development been thus far?

Much more extensive than we actually anticipated originally. We started working on Enhanced Edition more than a year ago and the amount of features that we’ve been adding has been tremendous. It is in our eyes actually like a new game given the amount of changes that have been done and the extra stuff that’s been to put on top of it. Development has been intense. We’ve had many people work on it and I would think it was worth it because the results now are really something to be proud of.

The Enhanced Edition will feature a heavily rewritten story with a new ending. For someone who’s never played the original game will the Enhanced Edition present a superior story or one that’s more refined in storytelling technique?

I think both. We’ve definitely added a lot of extra story moments that make the main narrative more accessible, I guess because in the previous game sometimes it was very, very terse in explaining things and on top of that we’ve changed the ending. The ending is much more rewarding than in the original game and then there’s obviously also a whole bunch of new extra additions of places where the story might have been a little bit weaker so in general I think you have a much better experience when you’re playing the Enhanced Edition compared to the original game.

The visuals for Divinity: Original Sin Enhanced Edition have been significantly reworked as well. What can you tell us about some of the new visual effects and how they enhance the experience for veteran players?

Everything is going to feel much more rewarding I think because there’s a lot of extra animation and visual effects that have been added to the skills and spells and so forth. You also see a lot of tweaks been done in the environments. We’ve changed all of the level so that you can turn the camera three sixty degrees so that’s a lot of things and overall it makes for a better experience. So it feels all the nicer.

In an age where some developers hesitate to even give a few changes and items to their players without charging them, you’re providing what’s effectively a new game to Divinity: Original Sin owners free of cost. What motivates your decision to do so and how does help in the long run? 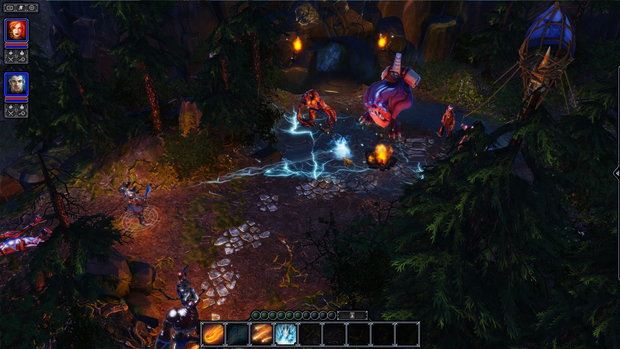 "In terms of everything that’s related to the ending, well we made that more polished, finished, more rewarding so but there’s not much more that I can say about it without letting people play."

Divinity: Original Sin Enhanced Edition will be heading to the PS4 and Xbox One later this year and marks the game’s debut on current gen consoles. How challenging was it to translate to games builds, controls and overall gameplay over to console format?

Pretty challenging. There’s actually no example out there. So we realize that we have to discover everything on their own. There’s no game that allows you to play turn based RPG in split screen with multiplayer on a console and we didn’t want to compromise on anything so we worked very hard with a lot of people on making sure that everything that you could do in the PC version would be possible in the console version and actually improve on that experience. So that was not very trivial but I think that we’ve succeeded in doing something that hopefully will not be the last time that it’s done on console. So we’ll have to see if there’s an audience for it but we’re pretty proud of the controls that we came up with.

What new game modes most can we look forward to in the Enhanced Edition? Will there be any absurdly difficult modes to keep veterans on their toes or something more unique?

Well we’ve got tactician mode which changes pretty much every single encounter to counter the strategies that we’ve been seeing used by players via YouTube or Twitch and it adds extra enemies, it gives the enemies extra tactics, it changes their AI, it gives enemies extra skills, there’s new types of enemies that you won’t see in the other modes so that’s a already pretty tough and challenging mode but not impossible. And then you got honor mode which gives you one saved game, that’s very tough.

Divinity: Original Sin has received praise for its freedom of choice in the wide ranging consequences of one’s decisions. How does the new quest content play into the overarching decisions that players can make and was it a challenge to balance all these extra variables against the original story plan?

Well the things that we’ve done where we’ve added extra contents it’s actually been more a case of replacing content, content that we felt was weaker and so we made it better. So it wasn’t that hard to plug it in. In terms of everything that’s related to the ending, well we made that more polished, finished, more rewarding so but there’s not much more that I can say about it without letting people play. So throughout all of that of course we ensured that the freedom of choice, that feeling that you’re like playing a pen and paper game on your computer has not changed.

Will the console versions of Divinity: Original Sin feature game editors so players can create their own content?

No. That would’ve been really tough for us to do. So there’s no editor for people who have the console version.

"It’s going to run at 1080p at 30fps. That is because we don’t want to differentiate between split screen and the main mode."

Are there any other improvements in the Enhanced Edition that we look forward to and that haven’t really been talked about yet?

Hot man, there’s so many. There’s…it goes from little things like magic pockets that automatically work for instance if you try to dig up a grave it will automatically take the shovel from any party member that has a shovel in his inventory to all the tweaks that have been done to the skills, all the balancing changes that have been done, the new skills that have been introduced, things like ones like duel wielding, the better crafting system; there’s really a lot of things that have been added to the game and we think that when people are going to play it, even if they already played the original game they’re really going to enjoy it. I certainly have no problem replaying the game after actually having played it already for many times. I still entertain myself by the amount of possibilities that are just present in the game.

What’s the current status of the Enhanced Edition? How much closer is the game to release date at this point?

At this point it’s pretty much already. We’re going through the bug fixing stage but we’re yeah we’re very close to ready actually. As I’m doing this interview, gold master candidates are flying around here for the console versions. For the PC versions we still have some work but I see that they are getting finished pretty soon too.

No. It’s going to run at 1080p at 30fps. That is because we don’t want to differentiate between split screen and the main mode. You have drop in, drop out multiplayer. People can just jump in with a second controller and start playing in split screen mode that runs at 30 fps.

Talking about the Xbox One version have you been able to take advantage of the SDK update that allows developers to use the seventh core for more processing power? If yes, in what way has this benefited development?

Yes, we are using it. [On benefits] Not a lot apparently but we are using it. You can only use 60 or 70% of it so that is not big of a difference. Essentially it won’t make much of an impact 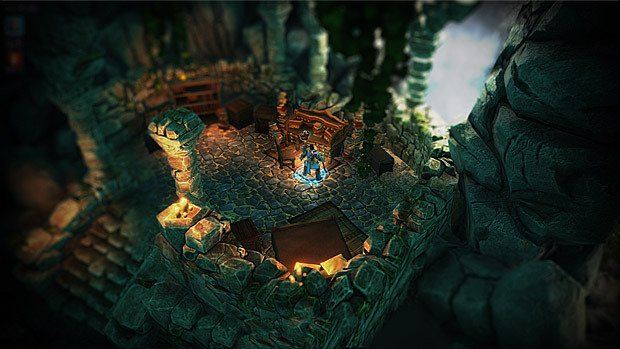 "It is a game that might take couple of minutes to pick up but once you have it in your hands there’s so much cool stuff that you can do it."

A lot of developers face development issues due to the Xbox One’s esRAM. Did you face anything similar?

We had experience with it with the Xbox 360 but we had to make some changes to cope with it. But in general we managed to achieve the same frame rate as that of the PS4 and we managed to engineer our way around it.

Thank you very much for taking an interest in the Enhanced Edition. Be sure to check it out. It’s definitely a very cool product. Maybe I should have mentioned that we went through the trouble of voice recording everything so we have around eighty eight thousand lines of dialogue that have been recorded for the game. This has obviously given the game a much more finished feel and so if you have a chance try it out you will not regret it. It is a game that might take couple of minutes to pick up but once you have it in your hands there’s so much cool stuff that you can do in it.