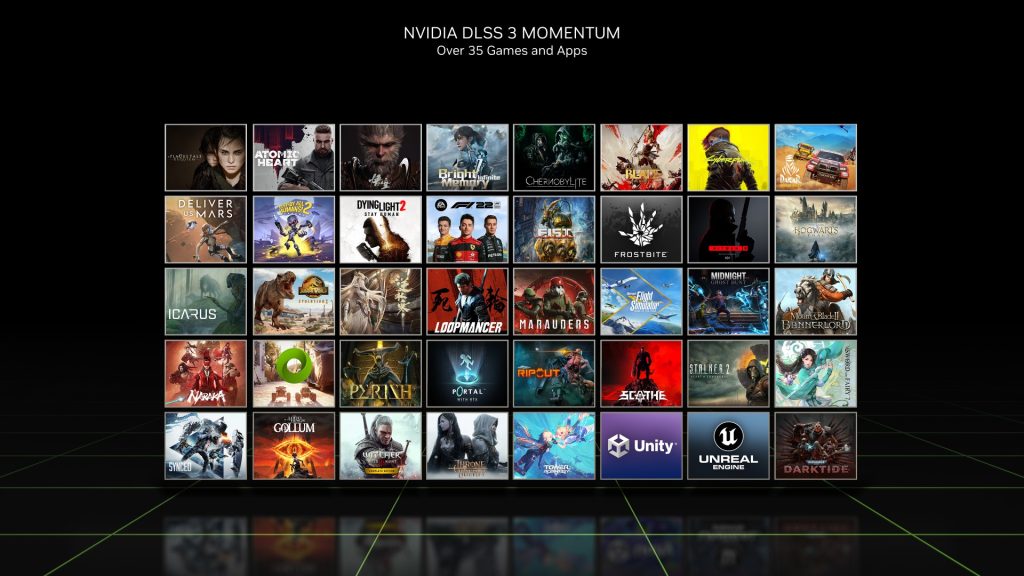 Alongside its new GeForce RTX 40 Series GPUs, Nvidia has also officially unveiled an upgrade to its supersampling tech with DLSS 3, and in an update published on its official website, the company has provided further details on exactly how it improves upon the existing tech.

As per Nvidia, DLSS 3 combines DLSS Super Resolution, the all-new DLSS Frame Generation, and NVIDIA Reflex to provide up to 4x performance boosts for games. As you’d expect the results are best if you’re using the technology on the new 40 Series GPUs.

The company also states that DLSS 3 allows GeForce RTX 40 Series graphics cards to “render at up to twice the frame rate over what the CPU is able to compute”. For a game like Microsoft Flight Simulator, for instance, frame rate is booster by up to 2x.

Meanwhile, Nvidia has also revealed a list of over 35 games and apps that will support DLSS 3 at launch. This includes previously released titles like Cyberpunk 2077 and the aforementioned Microsoft Flight Simulator, upcoming games like A Plague Tale: Requiem and Hogwarts Legacy, and game engines like Frostbite and Unreal Engine 5. You can check out the full list below.

Portal is also launching with full DLSS 3 and RTX support in November.