Fans finally get one of their wishes.

Ninja Theory’s DmC: Devil May Cry has received some pretty good critical acclaim (we gave it an 8.5 in our official review) despite the pressure and negative publicity against the game.

Yes, a lot of fans quoted lowered difficulty, different controls, and a different tone as their primary complaints but really, the one thing that got everyone’s goat was Dante’s new look.

Because really, did anyone complain even half as much when Vergil’s new look was revealed? 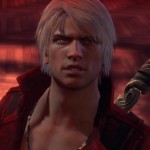 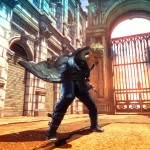 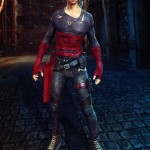 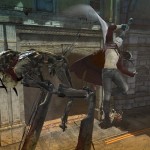 Regardless, Ninja Theory seems willing to meet fans half-way as they’ve released some screens of the first round of alternate costumes for DmC: Devil May Cry. Here we can see Dante sporting his classic red trench-coat, shirtless figure and fluffy white hair. Truly less ridiculous than his current look.

Other costumes include Neo Dante and Dark Dante, which seems to be our protagonist rocking the Vergil look (hopefully he’ll have the moves to match). This first costume pack will retail for about 400 yen or 320 Microsoft Points ($4) when it releases on January 30th.