With Japan Studio and Sony going through its latest round of restructuring as of late, it’s not a bad time to take a look back at some of the interesting wild card games that Japan Studio has come out with over the last many years. The list of interesting games that came out of Sony in Japan Studios collaborations is one of the more eclectic ones you’ll ever see. Almost every genre has been touched on – to a vast range of results. The one we will take a look at today though is the White Knight Chronicles games, which, much like other franchises that Japan Studio came up with – sort of took hold and sort of didn’t. This was basically Japan Studio’s attempt at a JRPG franchise, and it wasn’t a bad attempt, all things considered. Things like Gravity Rush and the siren games had similar lineages that saw a little bit of success but not quite enough to really get off the ground and turn into a long-running franchise. But why is that? Why did White Knight Chronicles not turn into anything more than just a few mid-range-budget games despite being decent games in their own right and having so much talent at the helm? What the hell happened to White Knight Chronicles?

White Knight Chronicles is a franchise you might not have ever heard of, especially if you just started really paying attention to gaming and the last seven or eight years or so. Originally launching in late 2008 in Japan and a couple years later in North America on the PlayStation 3, White Knight Chronicles released to an audience that was fairly mixed on the game and there wasn’t really a strong consensus one way or the other.

The game play, to most, was very boilerplate for the genre at the time and today would be considered downright generic. It’s pretty standard RPG fare. You learn attacks, you level up, you maintain and acquire materials after battles would you use to enhance various other elements of gameplay, and there is a real-time combat system that can be freely initiated once you come across enemies in the world. This was perhaps the original sin of White Knight Chronicles. It just didn’t really do anything new or particularly interesting even for the time. If you wanted a good RPG with that Japanese style you had countless other games to choose from that arguably did it better and have a little more meat on the bone.

Unfortunately, the story doesn’t really save the experience by being about as generic. A king is killed, a princess is captured oh, and an unlikely hero is tasked with suiting up in a mysterious suit of armor to save the day, and that he does. With very little deviation into anything noteworthy or unique along the 20-to-30-hour game which, for that genre, is a fairly short adventure. Now that’s not to say that the story or the action were executed poorly or fell apart in any major way, but it just didn’t stand out in a huge way on the PS3, which as anyone who played a lot of PlayStation 3 knows, was a JRPG bonanza. Between Final Fantasy, the Tales series, Disgaea, Eternal Sonata, Resonance of Fate, etc., it was a pretty crowded field, then White Knight Chronicles showed up to the gunfight with a toothpick of a concept.

While many would praise the game for how well it integrated its different systems and how intuitive it was able to make its complexities, including its relatively interesting online functionality, there would be just as many complaints about its half-hearted online modes and a story that was overly simple and predictable – even by JRPG standards. Still, despite general lukewarm reception with a handful of detractors in both directions, White Knight Chronicles sold pretty well especially in Japan and at that time that was more than enough reason to seriously consider and pursue a sequel which Japan Studio did with White Knight Chronicles 2. 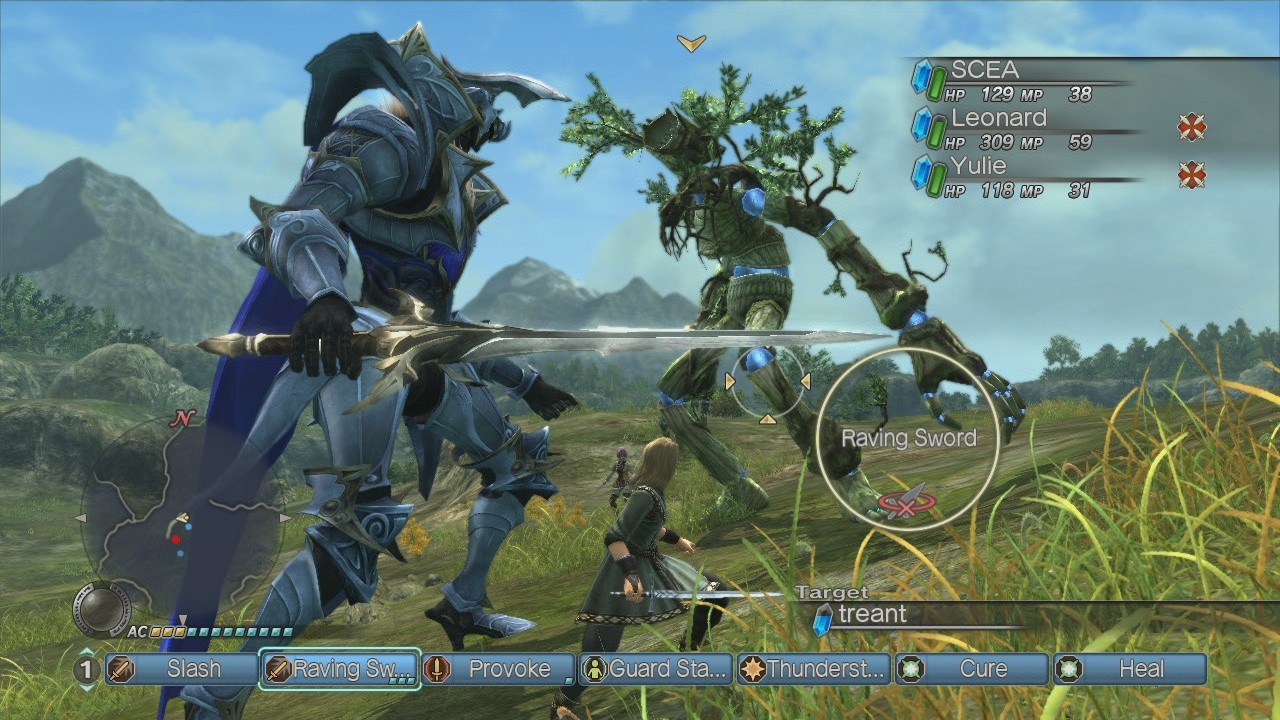 The sequel to White Knight Chronicles would improve on the originals’ shortcomings in some notable ways. Combat was way more fluid with combos that you can chain together, more flexibility with different armor types and some light crafting, and the overall presentation was a little bit nicer with larger more appealing areas to explore and a better sense of enemy variety. That said, it still fell short of the competition more notably than it had improved on its own issues. From the perspective of anyone outside of the White Knight Chronicles Ultra fandom circles, it just felt too similar to the original game with a story and set up that didn’t even try to do anything new and more online integration that just didn’t add enough to the experience for it to be worth messing with. Most of White Knight Chronicles compliments would come from what they got right about the single player offline content anyway so it was a bit puzzling as to why they didn’t just spend all of their time with the sequel focusing on that. In any case White Knight Chronicles 2 was by just about all accounts a flop especially when compared to the last game which did notably better in all measurable ways despite being a rougher game overall.

That said this would not be the end of the franchise quite yet, Sony was beginning to shift focus the new hardware and new horizons, the White Knight Chronicles series will be brought to the PlayStation Portable with a new game White Knight Chronicles Origins. It had a few surprises up its leaves with a far more interesting cast of main characters than either of the two previous games could ever dream of having.

White Knight Chronicles is a perfect example of a game series that just never quite figured itself out. There’s plenty I’ve games out there that are like that but the thing about White Knight Chronicles that hurts the most is that it really kind of started to get it right at the end. The problem was, with the previous two games performing as badly as they did, you can’t really blame Sony for pushing it off to the side and giving the spotlight and budget to other games that were coming out to close out the PS3 on a stronger note than it had started with. Maybe if they had given a PS3 style budget and similar resources that Guerrilla Games had when they made Killzone 3, it might have surprised everybody and done well. 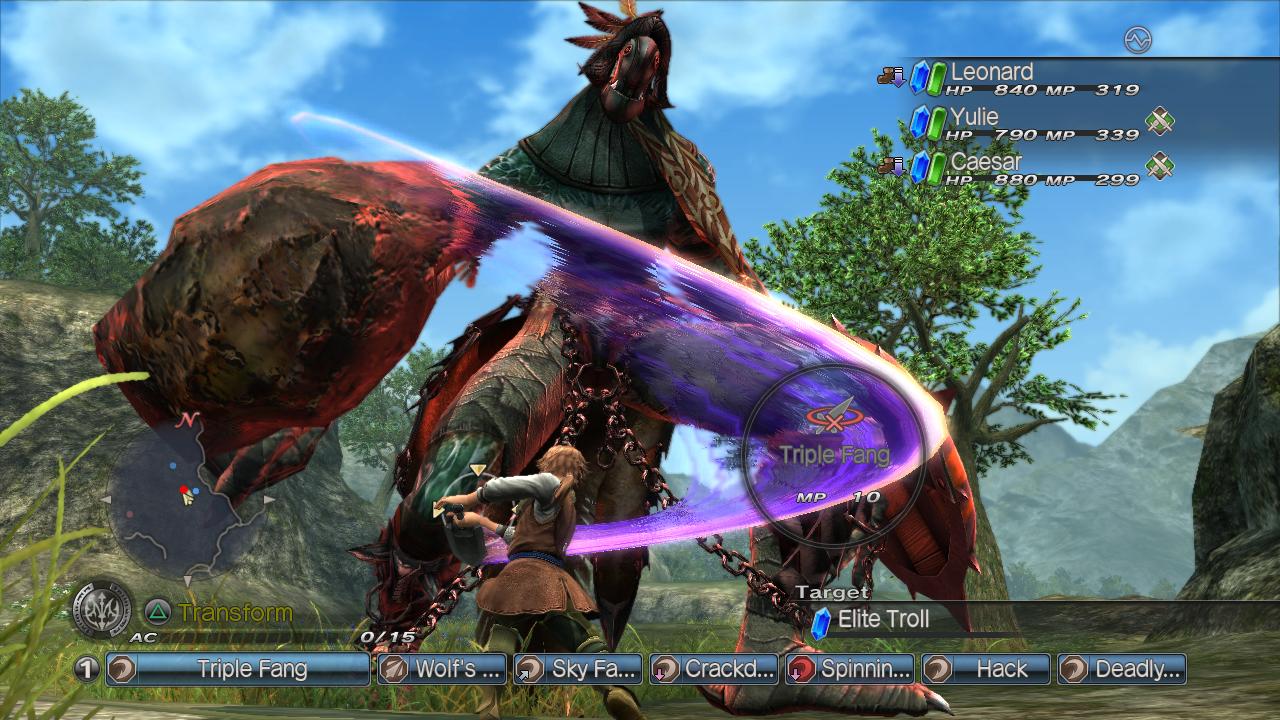 But given the situation that the PlayStation was in at the time where they needed to be as consistent and impressive as possible to compete with the Xbox 360 and shore up support for the next generation, it’s easy to understand why they just didn’t want to take that risk at that time. And with Japan Studio being concentrated further down into the team that made the Astro games and pretty much filtering out everything else now, the odds of another crack at the White Knight Chronicles franchise are pretty low to say the least. It’s a series that just didn’t find itself until it was too late and even then, it just wasn’t good enough to really stand among the games that it needed to compete with in order to maintain any sort of profitable relevance. That said, the games still exist and for those that love them they can always be played again. But that is probably all there will ever be from this franchise that never quite found its footing.