The Wii U classic adds a beginner’s mode with Funky Kong. 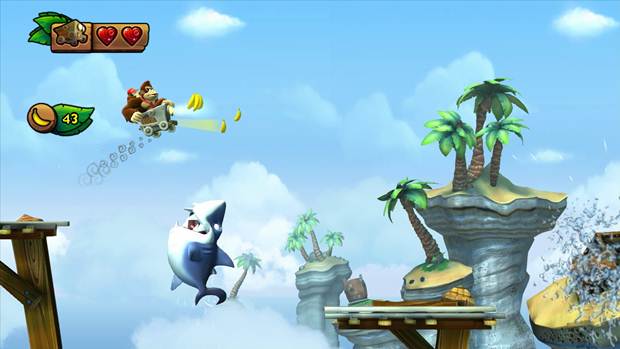 As if having Kirby, Dark Souls: Remastered, Mario Tennis Aces and a couple of indie titles for the Nintendo Switch in the coming months wasn’t enough, Nintendo also announced that Donkey Kong Country: Tropical Freeze would release for the platform on May 4th.

Originally released in February 2014 for the Wii U, players can hop on board with Donkey Kong along with his allies Diddy, Dixie and even Cranky Kong. Along with the base game, there will be a new mode for beginners that features Funky Kong who possesses the ability to double jump, roll infinitely and infinitely spam underwater corkscrews. Also, spikes can’t hurt him due to his surfboard. That would certainly be overpowered if it was in the base experience.

Developed by Retro Studios (of Metroid Prime fame), Donkey Kong Country: Tropical Freeze received pretty good critical acclaim when it launched in 2014. Nintendo’s approach of bringing classic Wii U releases to a wider audience on the Switch is certainly paying off and we can’t wait to see how Tropical Freeze plays.