Dontnod have announced a new standalone title set in the Life is Strange universe. 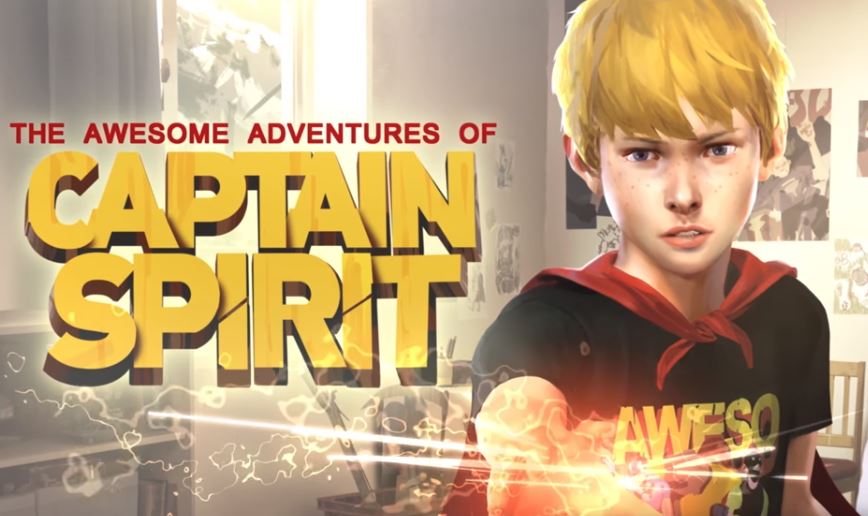 There was a slew of announcements for brand new games at Microsoft’s E3 press conference earlier today, and one of the more surprising ones was one made by Dontnod Entertainment, who revealed a standalone title in the Life is Strange universe.

Called The Awesome Adventures of Captain Spirit, this isn’t the numbered sequel to Life is Strange that we were all hoping for (I expect that might be announced at Square Enix’s press event tomorrow), but it is set in the series.What’s more surprising to hear is that the game is going to be out in just about two weeks, with a launch scheduled on June 26 for the PS4, Xbox One, and PC. What’s more, it’s going to be available for free- yep, absolutely free.

The Awesome Adventures of Captain Spirit sees us playing as Chris, a 10 year old boy with a vivid imagination who “dreams of being a superhero”, but ends up getting roped into a typically weird and otherworldly event, true to Life is Strange fashion. Dontnod also put up a meaty blog post talking a bit about the game and what’s going to be, and confirmed that there will also be hints about what Life is Strange 2 is going to be about in the upcoming standalone episode.

“The Awesome Adventures of Captain Spirit is the first step towards showing you the true potential of Life is Strange, and the possibilities of a diverse universe filled with interesting characters and stories to tell,” the French studio wrote. “With it, we have created a self-contained narrative experience that’s brimming with content – the deeper you dig, the more you will discover. While this demo is designed in the usual Life is Strange way and allows you plenty of time to explore everything, it is at the same time structurally different to previous entries. You will most likely see and discover new content on subsequent playthroughs which you might have previously missed. And there are some secrets that may very well take a coordinated group of fans to unravel…

We can’t wait for you to uncover the secrets of this adventure together as a community, and we’re really looking forward to reading all your theories about The Awesome Adventures of Captain Spirit and how it might relate to Life is Strange 2. As always, we wouldn’t be able to continue to make games like Life is Strange and The Awesome Adventures of Captain Spirit without fans such as yourselves, so thank you for all your support – Life is Strange 2 will be here soon and we look forward to embarking on this journey together with you.”

A reveal trailer for The Awesome Adventures of Captain Spirit was also shown off at the Microsoft E3 press event. You can take a look at it below.