DOOM Inspired by Rock ‘n’ Roll, “Lot of Heavy Metal In Our Hell” 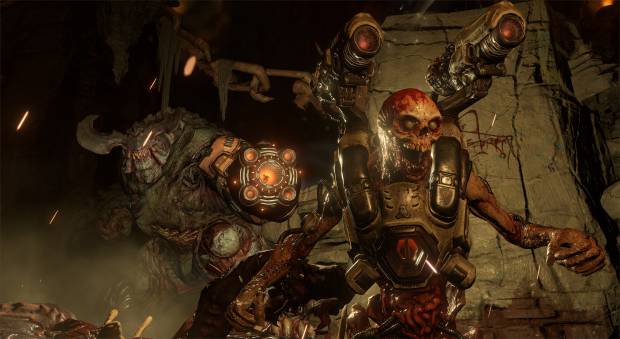 id Software’s DOOM, a reboot of the classic shooter series, is taking a decidedly metal approach to its aesthetic and gameplay compared to, say, Doom 3. That’s not by coincidence either – director Hugo Martin told Game Informer as part its February cover story that it rock ‘n’ roll was the “inspiration for everything”.

“There is a lot of heavy metal in our hell, and that is intentional. When you look at the original Doom, we always said it looks like the kind of stuff a 15-year-old would draw on the back of his notebook during math class. We really wanted the world to look like that–to have a personality that would shine through in everything we did. So we have a lot of skulls; it’s kind of over-the-top. A little bit of Castle Grayskull in there; it’s very He-Man.”

As for the story, well, what story? DOOM won’t feature a very deep narrative but there are some lore opportunities for those interested. “Story isn’t something big in a Doom game, and we’ve taken that approach. It’s not what people come to Doom for; they come to kill demons and blow sh** up in amazing ways. That’s really been the focus for us. That said, we’ve definitely infused some pretty good mystery and some fun things for players who want to find it and want to dive in and explore it a little bit.”