DOOM Will Be A Lot More Difficult Than Expected, Will Heavily Feature Non Linear Exploration

The new DOOM will be old school hardcore. 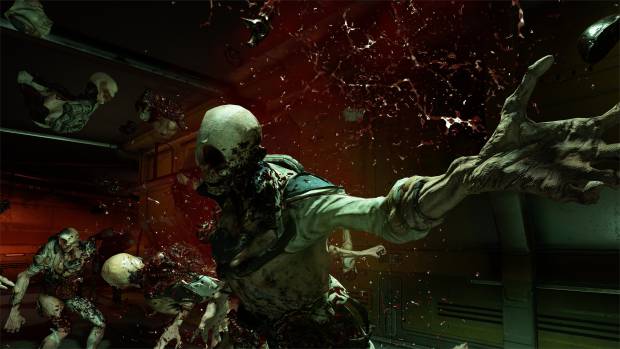 DOOM looks incredible- the newest entry in the pioneering first person shooter franchise seems to be a true successor to the DOOM legacy in every way, and the more we hear about it, the more excited we get for some good old old school FPS action.

So here’s something else about the game that will probably excite fans of old FPSs- DOOM is not going to go easy on the player. An entire generation of FPS players who grew up on Halo and Call of Duty are in for a shock, as DOOM will be substantially difficult- in fact, the developers are still dialing up the difficulty of the game, even as it nears release.

“If you come into DOOM to have amazing combat, then I really think people are going to enjoy themselves,” said id Software’s Executive Producer Martin Stratton in an interview with Game Informer. “We’ve spent so much time to try to get that right, to try to get the challenge of it right, the difficulty which has been ratcheted up since you’ve played. We’ve actually dialed up the difficulty and we’ve seen as people played it that they wanted this. It’s an action shooter, so your roller coaster ride in this game is about how challenging those fights are. It’s super fun when you’re diving into these arenas and that’s challenging, you may get your ass kicked but come later with a different strategy.

“That’s what DOOM is about. It’s not about canned set pieces, cinematic sequences…the roller coaster is about the action and the combat and it’s a blast. Making sure those highs are really high and those lows are lows is kind of what we’ve done.”

On that note, the game will also heavily emphasize non linear exploration, as opposed to the kind of linear, corridor movement that modern shooters seem to favor.

“When you think about DOOM and DOOM 2, particularly the further you got into the game, there’s a lot of getting lost,” Stratton said. “It’s just these mazes that you can get lost in, in a good way as you’re searching around for secrets, keycards, pickups and all the goodies. There is definitely that aspect to it. I wouldn’t say that we focused on making sure that people got lost, there’s a way out to get to that next combat, which is really what the focus of the game is, getting to that next horde of demons that you can take out. But the exploration is really fun, there’s a pretty good sense of that non-linear exploration.”

However, the game will make at least one concession to modernity- the game will reveal more of a story than previous titles in the franchise have. Don’t freak out too much, though! id Software still promises to keep it minimal.

“The marine doesn’t have a name. Story hasn’t been the focus of development, the combat has, but I would say we’ve injected quite a bit more, for people who want to find it and get a little more on how the DOOM marine is and where we hope he heads, it’s there for people to find. I like it, I think it’s cool stuff and I think it’s more so than we’ve had in other DOOM games and I’m excited to see people’s reaction to it.”

So that’s that. The game sounds like it’s coming along swimmingly, and I can’t wait till we finally get our hands on it. That is speculated to be Q2 of this year, when it launches on the Xbox One, PlayStation 4, and PC.