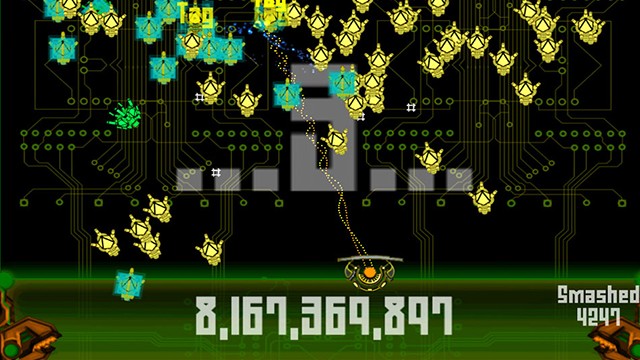 Thumbstar is looking to go retro with a twit, as it’s announced Drag Tag Smash for an October 4th release. Described as “a hybrid of old school arcade action and awesome electro music”, you’ll essentially be tagging in targets and then dragging towards the baddies to destroy them. So essentially fighting evil with poor innocent evil. Or something.

Boasting an “easy-to-pick-up-and play” style, Thumbstar seemingly wants to cater to the old-school arcade gamers. You know, the guy who racked up trillions of points on Galaga off a single quarter, and then proceeded to high score the entire list, before painting it with expletives. Or something.

Drag Tag Smash will be Thumbstar’s sixth published mobile gaming title this year and is lead by noted industry figures Martin and Gareth Edmondson. Needless to say, if you’ve ever wanted to go full on insane with an arcade romp or just kill some time on the way to work, Thumbstar’s efforts may be worth a look.