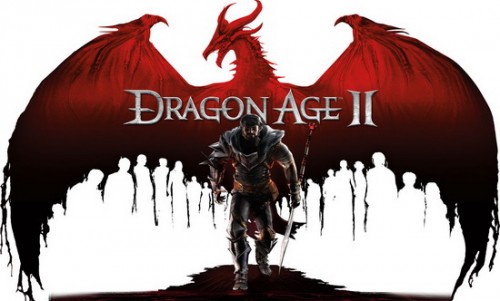 BioWare is one of the best known developers, and games like Mass Effect, Baldur’s Gate, Knights of the old Republic and Dragon Age: Origins have cemented their place in the industry as probably the best RPG developers out there. Last year’s Dragon Age: Origins, which marked the beginning of a new BioWare franchise, was met with critical acclaim, and managed to sell a lot of copies. With such success, and fan craving for a second installment, Dragon Age II was but inevitable, which is now nearing its release. Set to release on the Xbox 360, PS3 and PC early next year, Dragon Age II has gotten everybody excited, even those who were not very thrilled by Origins.

But the question is, can BioWare do what they have been doing for so long, which is delivering a fantastic experience, once again? Will the law of averages finally catch up with them? Will Dragon Age II turn out to be as disappointing as its predecessor was good? We do not know yet, do we? But let us have a look at all the possibilities of Dragon Age II, and what BioWare can do with the franchise, and what bold paths they will look to tread next.

A Long Time Ago, In A World Far, Far Away…

What was best received by fans and critics alike in Dragon Age: Origins was its store. Featuring an all-encompassing storyline of epic scope which provided for some of the best set pieces in RPG history, Origins’ narrative remains one of BioWare’s best works ever. The fact that the choices that we made in Dragon Age in shaping the world can be brought over to Dragon Age II and effect the world of the game and the story at large us a neat little touch that is by now expected by BioWare.

Dragon Age II, however, has a very different kind of story this time- while the first game focussed on the problems that an entire nation faced, and the ongoing war between the Grey Warden and the Darkspawn, the second game chooses to focus on one single man, Hawke, who, from being a penniless refugee in a war torn city, becomes the Champion of Kirkwall, and ultimately, the banisher of the Blight.

While the story still has the scope of being as epic, if not more than, as Origins, focusing on one single character throughout the entire story can make the entire game feel more personal, rather than epic. The fact that the main protagonist will be voiced this time, and will finally have his own personality, something like the Commander Shepard in Mass Effect, will only make the character stronger. I’m not saying shifting the focus of the story will be a wrong move, just that the epic nature of Origins might get lost in such a game.

But let’s get to this “epic” discussion a bit later. The main question is that…

Will Dragon Age II Tackle The Problems Of The Predecessor?

Dragon Age: Origins, while one of the best Role Playing Games this generation on the PC, had a lot of flaws- for one, the main character was not voiced. Thankfully, in Dragon Age II, Hawke, who is the protagonist of the game, is fully voiced. The second, and probably the biggest problem with the game, was that its gameplay was not very… polished, let us say. Usually, when you’re playing a game, when you press a button during combat, you want an immediate effect to that specific command. Dragon Age’s combat was more like that of an RTS, without the RTS elements it should have had to completely qualify as one. Pressing a button gave the character a command, but there was no immediate, visible effect to that. While the strategic elements of the game were quite simply spectacular, a simple normal gamer would want to have normal combat in a game he has spent his money on.

The animations of the combat in the game were also quite sloppy, and well, if you put aside the Pause-And-Play element of the combat, it was no fun. Dragon Age II, as per the developers, tackles that problem. You press a button, and bam, your character does something cool on the screen. But worry not, BioWare will not forget their loyal fans, who loved Dragon Age: Origins for the sheer strategy was involved in it. As the developers say, Dragon Age II makes you “think like a general and act like a spartan.”

While I simply loved the amount of time one would have to spend to strategize his/her attack on the Darkspawn and the bosses, I would deeply appreciate it, if BioWare made changes to the, um, “fighting” segment of the combat.

BioWare have also announced that new kind of weapons, character classes, spells and attacks will be given in the game to choose from, and the player can also change the gender of the main character Hawke.

Well, obviously, since this is Dragon Age II, not Dragon Age 1.5. But come on, this seems heavily revamped from Origins. The visuals seem much sharper and detailed, the gameplay seems more different and involving, the story has taken an all new direction, the characters are deeper and more complex (from what we have seen till now)… everything seems very different. Let’s have a look at all the differences one by one- of course, we won’t be talking about the gameplay since we already talked about it in the section above.