Dragon Age: Inquisition Love-Making Scenes to be “Mature and Tasteful” 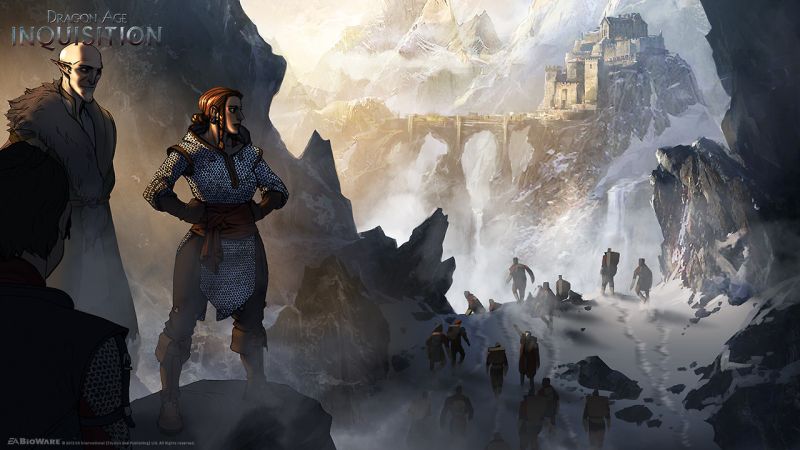 Though Dragon Age has been as well known for its epic battles and story, it’s also popular for the relationships one can forge within the game. Dragon Age: Inquisition is no different, and cinematic director Jonathan Perry stated that Bioware is looking for a more realistic yet mature and tasteful approach this time around.

Speaking to GamerZines, Perry stated, “We certainly could push those romance scenes in any direction we wanted really. Something that didn’t work well is that we tried more, well I won’t say graphic, but in Dragon Age: Origins we had characters crawling around in their underwear and it looked weird because they were wearing these lacy Victoria’s Secret panties and outfits which looked out of place.

“Certainly when you have these characters interacting with each other in such an intimate way it’s incredibly expensive in terms of animation fidelity and getting it to look like they are really there and touching each other. I think Mass Effect’s scenes were done really well and I think we will take Inquisition’s scenes in that direction.

“You might have a nude character but they are framed in such a way that parts of them are in shadow, or having characters in various states of undress. We also want to focus not just on the sex itself, but also that this is the culmination of spending a lot of time with a character and getting to know them, and so we’re giving scenes a mature and tasteful treatment I guess. We’ll see where it goes for Dragon Age: Inquisition, it’s something that we’re working on right now so we’ll see how these scenes pan out.”

Dragon Age: Inquisition is currently slated to release in Fall 2014 for Xbox One, Xbox 360, PS3, PS4 and PC. Stay tuned for more details.