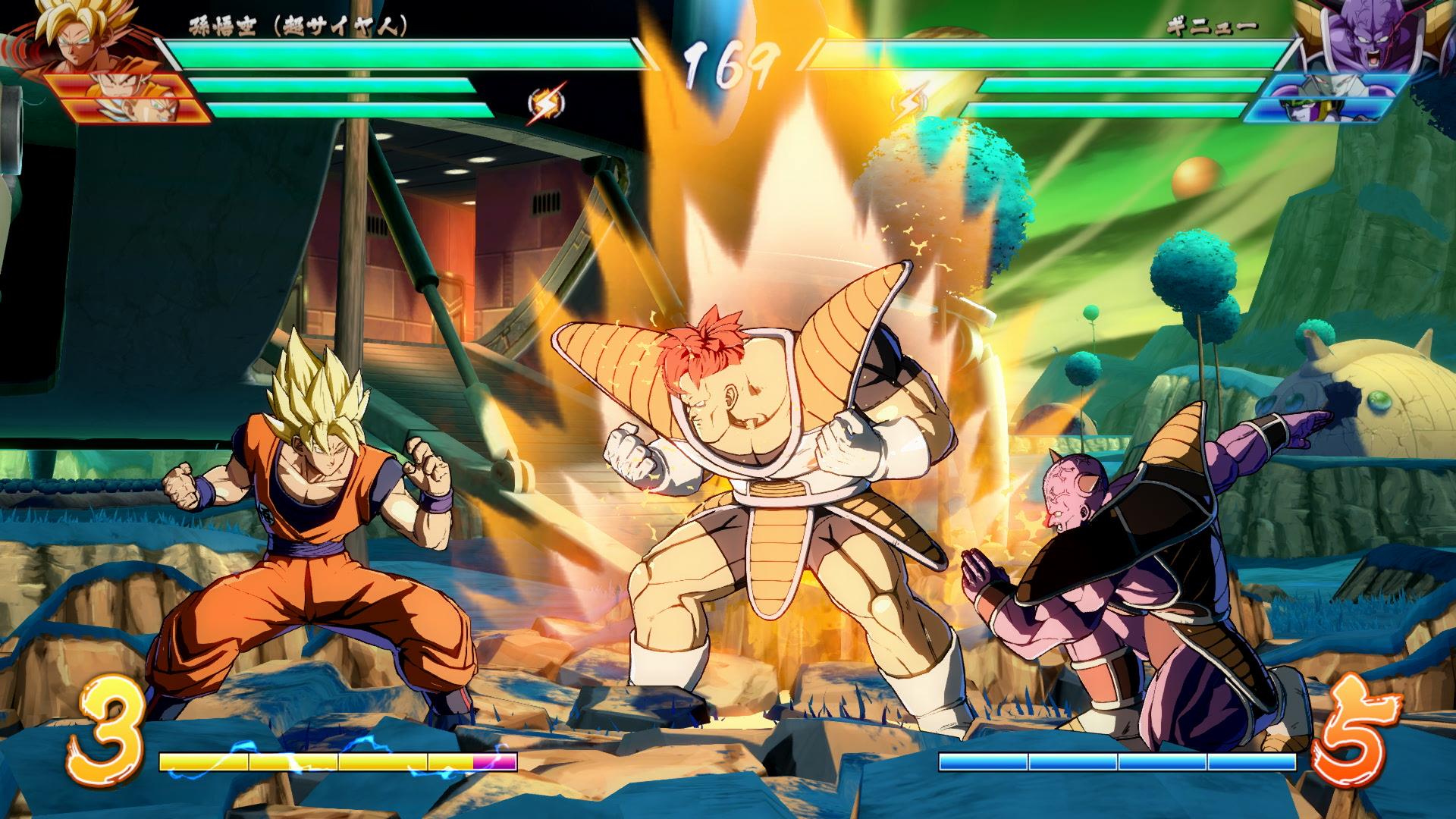 There will be plenty of other moves at your disposal in FighterZ as well, which draw inspiration from other fighting games, such as Arc System Works’ very own Guilty Gear. One such move will be called “Vanish”, which will be similar to the Roman Cancel system that Arc System fans will be familiar with, while another, called “Sparkling Blast”, will resemble the Dust attacks featured in Guilty Gear Xrd. Another move, called “Super Dash”, will be similar to the Homing system seen in Arcana Heart, as well as Homing attacks seen in previous Dragon Ball fighters.