At long last a true 2D (technically 2.5D, but who’s counting?) Dragon Ball fighting game has returned, and this time it’s on current-gen consoles. The developers at Arc System Works have come together to charger their super attack on our living rooms in the form of Dragon Ball FighterZ; a revitalized rendition of the classic Dragon Ball games. The awesome hand drawn-style anime graphics are up to par with exactly how you remember all of your favorite characters, and their move-sets. Classic stages bursting with color tug at the nostalgia strings, and bring back those amazing memories of our dreams to one day be a world champion. This is the game we’ve all been waiting for in the Dragon Ball fighting genre.

Within the preview version of Dragon Ball FighterZ the roster was rather small, but filled with some of the more famous heroes and villains. We have Goku, Gohan, and Vegeta, along with Frieza, Perfect Cell, and Majin Buu. If you’re reading this, you’re probably a big Dragon Ball Fighter fan, so there’s no need to go into much detail on their appearance; but I will say that each character is represented with respect, something the the highly acclaimed anime deserves. Each character model is well crafted and very authentic looking. There are no dips in quality from any of the characters I saw. 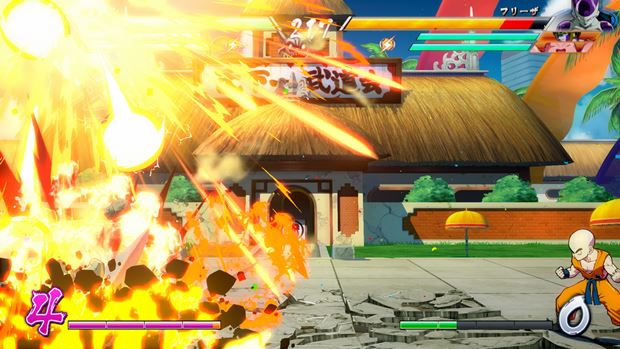 "This may be a surprise for many, but Dragon Ball FighterZ is an extremely easy game to learn."

This fighting is fast paced and no time is wasted as soon as you hit the button resulting into a devastating attack your character unleashes upon the enemy. There are several variations in moves: Heavy attacks, medium attacks, light attacks, special attack; along with assist buttons for either bumper controls. Since you can choose up to three different characters, getting who you think is best and what their skill sets are is important. And though many of the fighters play with the same overall button layout, it really comes down to the special moves at the end.

This may be a surprise for many, but Dragon Ball FighterZ is an extremely easy game to learn. Special moves take no combos to pull off but a single button press. Seeing the powers from the anime come to life was really special. During certain move sequences, the camera turns toward the character in an uncontrolled 3D cut-scene-style moment that looks incredible; then it goes right back to the 2D fighting style. With the high octane feel of the fighting, every move feels great and fluid, while dealing some nice damage in the process. There wasn’t a hiccup in the entire match that I participated in.

Assists are a little insane and last for a ridiculous amount of time. You can call in your assist character to help you out during a fight at any given time. The funny thing is that you can call in these assist characters over and over again until your assist bar runs dry. When the assist bar becomes barren, your character is vulnerable as the bar must load once again and it will take a long time. If this happens to your enemy, it becomes very easy to blast away at them during this charge time. And the reason for that is when they’re trying to pull off major combos, you can whip out an assist and obliterate them and they can’t assist back. So it’s a good idea to use your assist when required, or wait until your opponent has wasted his. 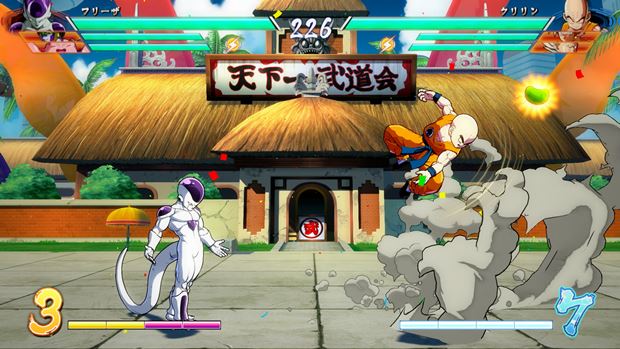 "The world of Dragon Ball FighterZ is impressive, and something that fans have been wanting for a long time"

The stages in the game are not only magnificent and as authentic as found within the anime itself, but also interactive. Things like blasting away at your opponent is fun and all, but not every energy blast will hit them. Some of those ricochet off into the backdrop of the stage and actually change the aesthetics of said stage. Blowing up buildings and other background objects in the game is now a thing, and it looks and feels great. As battles nearing their end, it’s possible in some scenarios to blast your opponent into outer space, or even cause a massive explosion. But that’s not all, when the battle resumes you are then partaking on the hellish planet you just blew up into a lava spewing mess. Scenes such as these are quite fantastic to see. As for stages, I was only able to spot the World Martial Arts Tournament stage and Planet Namek, but hopefully some neat stages are soon to come.

Overall, the world of Dragon Ball FighterZ is impressive, and something that fans have been wanting for a long time. With its intense speed, comprehensive battle system, and awesome special moves and assists, this a game you need to keep an eye out for.