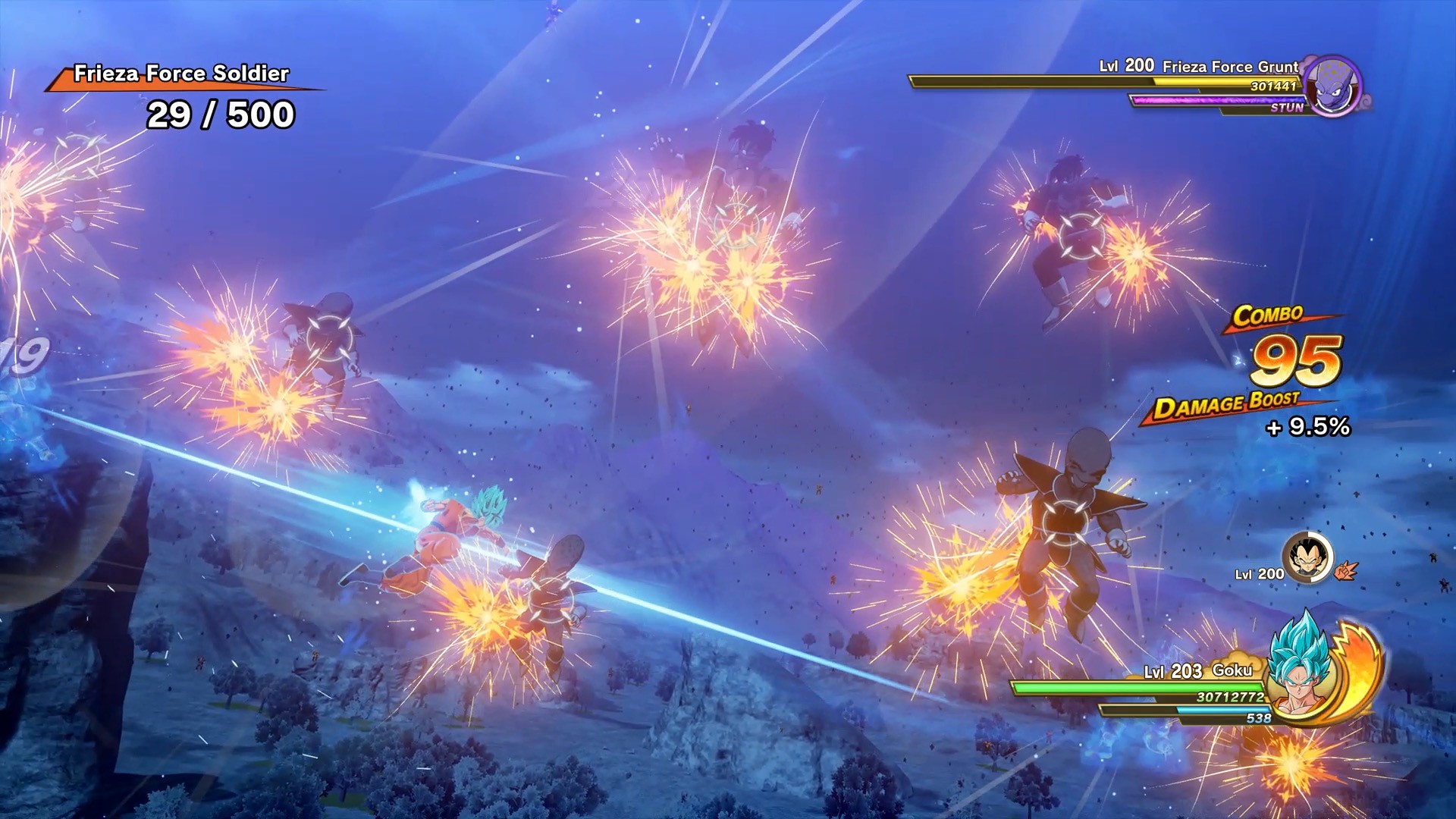 Dragon Ball: Kakarot will be receiving the second part of A New Power Awakens today, which sees Goku and Vegeta obtaining Super Saiyan Blue form while battling Golden Frieza. However, this won’t be the final DLC to release. On the PlayStation Blog, Bandai Namco Ryosuke Hara confirmed that the second (and last) DLC for the game would receive more details in 2021.

Hara confirmed that the DLC would include a “brand new story” which is still “undergoing development.” Perhaps a battle with Jiren in the Tournament of Power with Ultra Instinct? One could certainly hope so. Additional details for A New Power Awakens – Part 2 were also provided, including the introduction of Horde Battle.

Players will take on a “massive number of enemies”, much like the fight against Frieza’s army from the film. Adjustments to the AI, SFX and so on were done “in order to create a battle true to the original works, while making it enjoyable gameplay-wise.” The Z Combination is one such example which allows for racking up combos and then unleashing the skill to take out a number of enemies at once. Both Goku and Vegeta will also receive new skills so it should be worth looking forward to.

Dragon Ball Z: Kakarot is currently available for Xbox One, PS4 and PC.