The world could always use more heroes.

Dragon Quest or Dragon Warriors in Japan is one of the most celebrated role-playing games to ever come out of the country and is nearing its 30th anniversary. It’s amazing how Western audiences have grown over the last decade or so – the anticipation for the next main entry, due later this year, is at a pretty big high. How will Square Enix sate the hype?

Why, with a barrage of spin-off titles to compliment the series. Some of those spin-offs have dabbled in monster capturing (Dragon Quest Monsters) while others draw influence from crafting titles like Minecraft (last year’s finely made Dragon Quest Builders). Dragon Quest Heroes, on the other hand, revels in the ancient art of hacking and slashing your way through literally hordes of enemies and monsters, not unlike the Dynasty Warriors series (or as the genre is commonly known as, “Musou”).

In fact, Dragon Quest Heroes II from Japanese developer Omega Force more or less follows the same foundation as its first entry and all the other Musou titles that came before. Much like the first game, you’re once again thrust into a magical adventure. The Seven Kingdoms of the world which have been in peace for thousands of years are on the brink of war. 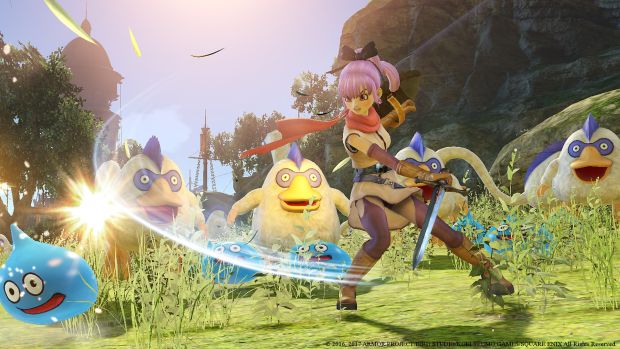 "Depending on which vocation you choose, there will be different classes with their own types of weapons and skills to utilize. For instance, Teresia can start off as a Warrior with powerful melee based spells and attacks."

It’s up to two cousins – Razel and Teresia – to take up arms, and seek out the truth behind why some of these nations have become hostile. There’s also a way that may help the cousins attain peace but obviously dark forces are afoot. Though generic and pretty straightforward, the characters are generally likable. However, the voice acting comes off as a bit weird at times, especially in cutscenes where the lip-synching can be off.

This makes for a grand total of 15 playable characters to hack, slash and brawl with. It should be noted that unless you’re a big fan of the established Dragon Quest characters, some of the cast can come off as fairly one-note. There are the time-worn tropes like rivalries, the magnanimous king, the wolf boy who’s hungry at all the time, etc. Basically nothing you haven’t seen before but where the story can somewhat fall short, the combat more than picks up the slack.

Depending on which vocation you choose, there will be different classes with their own types of weapons and skills to utilize. For instance, Teresia can start off as a Warrior with powerful melee based spells and attacks. Opting for a Mage changes her stats up while offering new attacks and spells to play around with. Then there are proficiencies, gained from using certain types of weapons, levelling them up and gaining different bonuses for the same. This further leads to special abilities associated with a class of weapon separate from your main class skills. It’s a welcome degree of complexity that helps to separate it from other Musou games while also retaining the game’s core RPG mechanics. Going into the open world helps break up the monotony that’s typical of a Dynasty Warriors game. 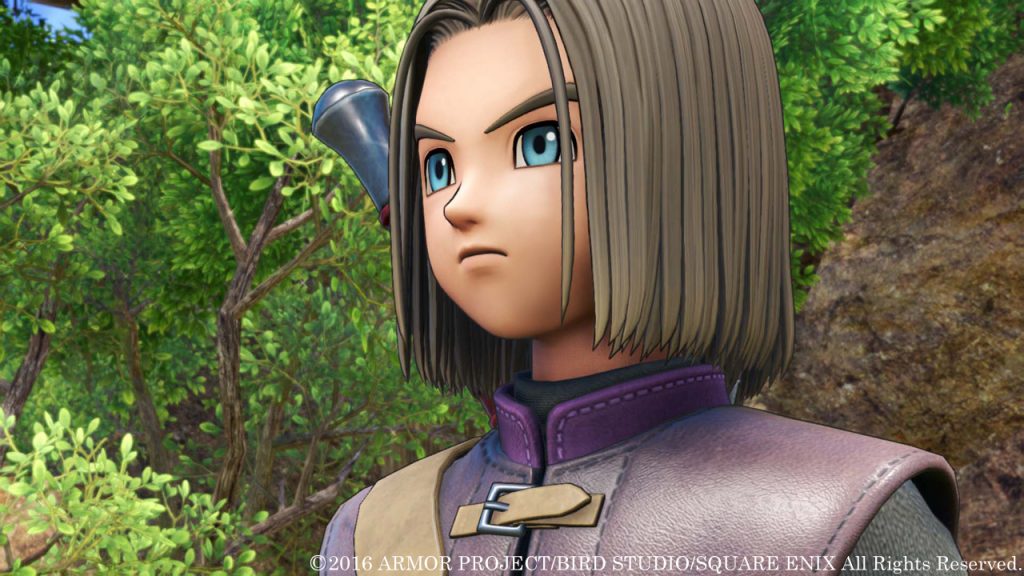 "Though the main story missions can range from battling and recruiting different heroes to protecting your king on a wide open battlefield while trying to gain ground on the enemy, the side quests have a decent amount of variety."

Speaking of which, another great addition in the sequel is a more structured quest system and an open world-like area with towns to visit. No longer are you required to play from one long story battle to the next. When you’re not looking to engage in the main quest, you and your party are free to roam the fields and grind at your own convenience while partaking up to 8 side quests at a given time. Space Time Labyrinth dungeons exist to casually murder hordes of foes and it allows for some mindless battling without much thinking.

Though the main story missions can range from battling and recruiting different heroes to protecting your king on a wide open battlefield while trying to gain ground on the enemy, the side quests have a decent amount of variety. This includes using a specific spell a number of times to kill monsters, gathering items and whatnot. Again, it’s nothing you haven’t seen before but combined with the satisfying combat loop, customization and appealing visuals, it makes for some great action RPG fun.

One of the major differences between Dragon Quest Heroes II and other Musou games is the ability to have four members in your party at all times, and you’re free to switch between them with the press of a button. Each character comes with a variety of moves, specials and play styles that are worth experimenting with. When you’re surrounded with a wave of tough, damage-soaking baddies, you’ll want to make full use of your team.

This is especially when you consider the Tension meter which builds up and lets you unleash some flashy super moves and tag team manoeuvres. Then there’s the ability to summon monsters using Monster Coins with different coins occupying a number of slots. In a neat twist, you can actually become the monster and wreak havoc on your foes. There’s something satisfying about defeating a Hackasaurus and then taking on its form to burn through waves of enemies. 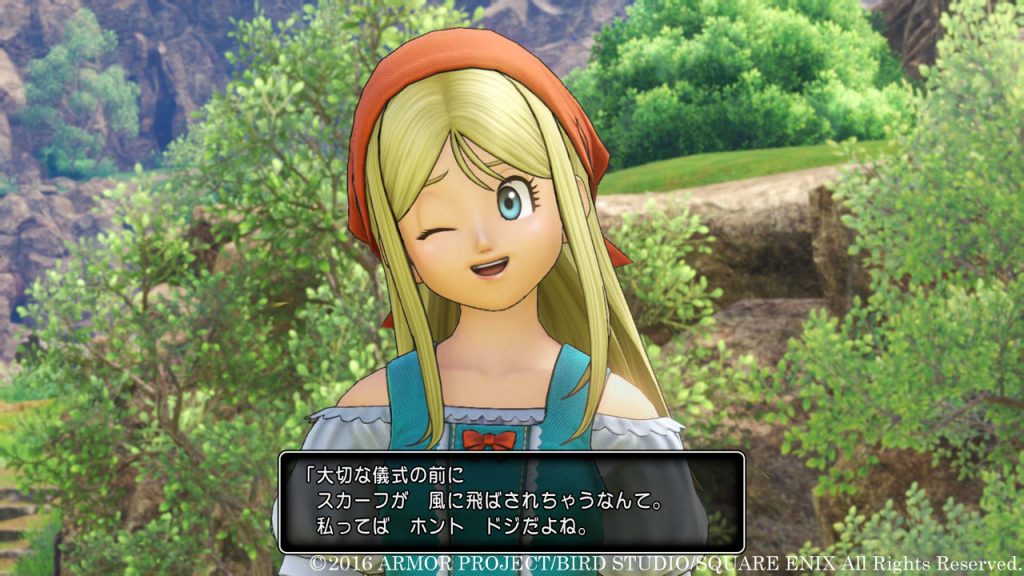 "As a whole, Dragon Quest Heroes II is exactly what it sets out to be. It’s a Musou title with tons of customization and crowd brawling faithfully set against the Dragon Quest universe."

For anyone who’s played any of the other Dragon Quest games, they will instantly recognize the art style and medieval-like fantasy themes that have adorned the series for so long. From sound effects and music to character and monsters, Dragon Quest’s distinct look and feel is worn proudly on its chest throughout and only helps make the nostalgic trip all the much sweeter. The overall visuals are especially spectacular with all the special attacks, effects, summons and whatnot with the frame rate sticking to 60 FPS for the most part. It can tank if there’s too much going on though.

One of the biggest issues is with the difficulty spike in combat. It’s not always obvious what level you have to be at all times (except in dungeons which explicitly state the level you need to be) and some enemies tend to soak up a ton of damage. This causes some battles to seemingly go on for longer than they should. Some elements for those unfamiliar with either the Dragon Quest or Musou games may be hard to get into. You don’t have to be a Dragon Quest fan to appreciate what’s going on but long-time players of the series will definitely get more out of the experience.

As a whole, Dragon Quest Heroes II is exactly what it sets out to be. It’s a Musou title with tons of customization and crowd brawling faithfully set against the Dragon Quest universe. The overall mechanics have been incredibly expanded from the previous outing and Omega Force deserves major kudos for building upon it so well. If you’re looking for a light hack and slash experience with some solid RPG mechanics, then Dragon Quest Heroes II is a fine display of medieval fantasy combat.

Fast and fun kinetic action. Decent RPG mechanics and customizations to keep you invested. Plenty of characters to chose and party up with. Dragon Quest fanservice and aesthetics certainly help. Who doesn’t like playing as the Monsters?

Story Battles can get drawn out and repetitive. Some odd difficulty spikes every now and then. Storyline and characters are fairly standard affair. Fights aren’t always locked at 60 FPS.

Final Verdict:
GREAT
Dragon Quest Heroes II is an hack-and-slash Dynasty Warriors clone that’s laced with appreciated RPG flavoring. A must for any Dragon Quest fan, and a nice starter to those who aren’t into this kind of genre.
A copy of this game was provided by Developer/Publisher/Distributor/PR Agency for review purposes. Click here to know more about our Reviews Policy.