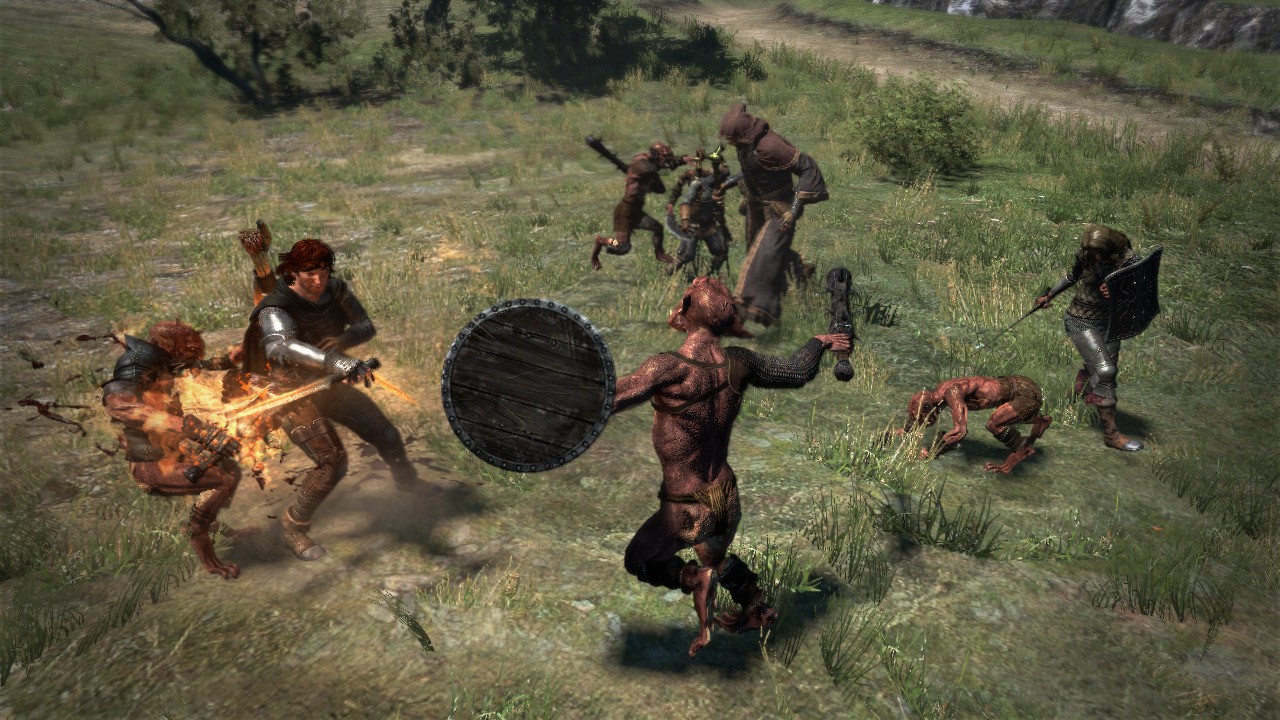 Capcom’s revealed Dragon’s Dogma to the public today, confirming its much expected existence.

The game’s an open-world RPG, which pits players in a fantasy world where a dragon has invaded a village to steal the chosen one’s heart.

The dragon manages to fly away with his heart but our hero continues to live and must search for the dragon and reclaim his heart, before it’s too late.

The game’s being developed by ex-DMC guys and looks to be rather promising.

Get the first video of it below.