Could this be the actual release for the full title?

Dreams is a game/builder hybrid that has a lot of ambitions. Not just is it ambitious in what it is, but the developers behind it have some pretty big ideas on where they want the game to go. But the question remains: when is the full game actually out? While the beta version of the game has been running for quite some time, a full release has yet to be announced. Well, it’s possible now that it could have leaked.

UK retailer ShopTo tweeted out a release date for the game, saying it would release February 14th 2020. It’s since been deleted, but the internet never forgets, and that’s interesting for a few reasons. One, this would make it effectively take The Last of Us Part 2‘s original release date before it was pushed to May. Secondly, it also seems to point to a physical release, something we weren’t aware of before.

Like all leaks of this nature, we file it under speculation until something official is announced. It’s not too unlikely of a time frame for the game, however, especially if Sony is looking to fill the spot left by Naughty Dog at the beginning of the year. 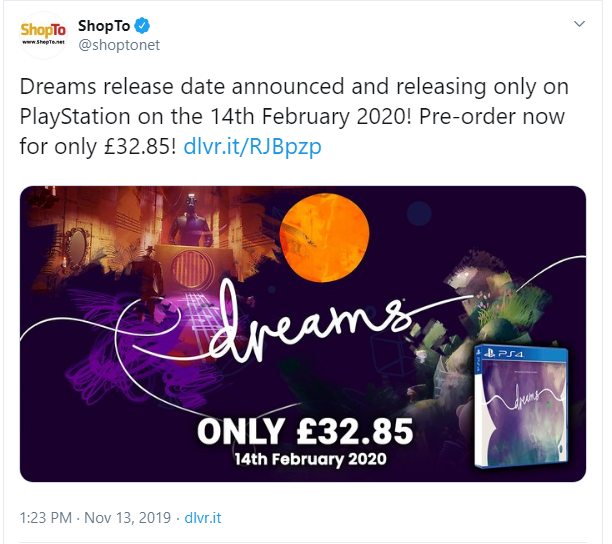