The DualShock 4 may be a very good controller – and it really is, it is Sony’s best controller yet – but Sony have consistently lagged behind Microsoft when it comes to controllers this generation. The Xbox One controller was rather great to begin with, and then, with the modular Xbox One Elite controller, Microsoft created what might be the best controller ever.

So it’s good to see indications of Sony trying to experiment with their own controllers some, too. According to NeoGAF user Kyoufu, Sony have filed a patent for a new controller, which seems to be adding additional buttons to the DualShock 4 design, buttons added to the grips, not unlike the paddles on the Elite controller, or even the Steam Controller, but potentially more ergonomic. Meanwhile, it seems as though the Option and Share button have been moved to under the face buttons and D-pad.

It is unclear whether this is something Sony intend to put out a controller like this for the PS4, or if it is for future experimentation. Patents for future products are often filed with drawings of current products, often to avoid leaks, and sometimes because the future products in question don’t have any physical form yet. Hopefully this is something Sony will look at doing this generation- maybe make this new controller pack-in with the PS4 Neo? 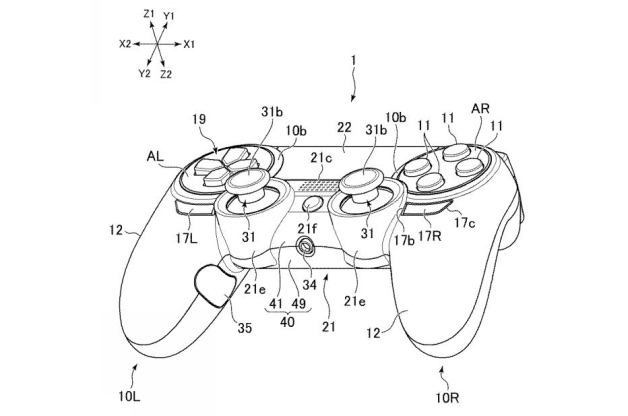