Posted By Kartik Mudgal | On 09th, Dec. 2011 Under News | Follow This Author @KartikMdgl 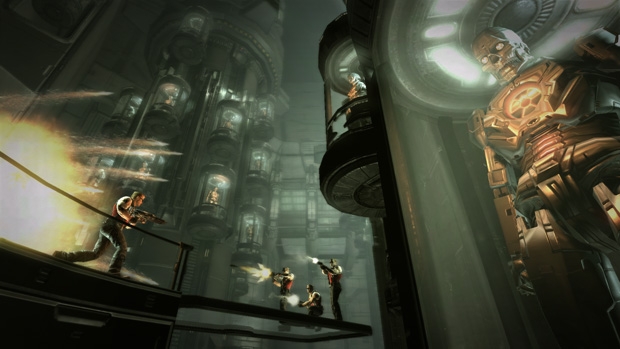 2k Games has announced that Duke Nukem Forever gets a new DLC called The Doctor Who Cloned Me. The DLC is priced at $9.99 on PC and PSN and 800MSP on Xbox Live.

The Doctor Who Cloned Me pits Duke against his old nemesis Dr. Proton deep in the heart of Area 51. The new single-player campaign includes new enemies and bosses, new weapons, a handful of new achievements and trophies, as well as new interactive items around the world to give Duke all the ego boosts he could ever want.

In addition to the new campaign, the DLC also has four new multiplayer maps, which can be played with all of the game modes, including the modes introduced in the Hail to the Icons Parody Pack if you have that as well:

Tagged With: DLC, Duke Nukem Forever, the doctor who cloned me