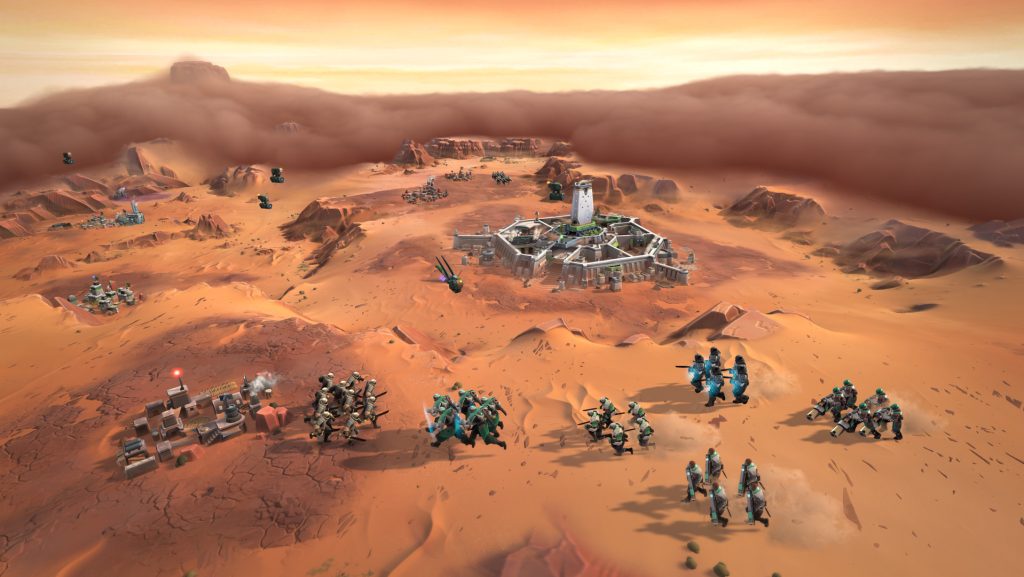 Publisher Funcom and developer Shiro Games announced 4X and real-time strategy hybrid Dune: Spice Wars at The Game Awards in December last year, and instantly caught the eye of many. It helped, of course, that Dune is big right now, but the game itself has looked increasingly intriguing with each new showing. Now, players can get their hands on it and see for themselves how it’s shaping up.

Dune: Spice Wars has launched in Steam Early Access. The game’s current version features four playable factions – House Harkonnens, House Atreides, the Fremen, and the Smugglers. Full political, spying, and warfare systems are also included, as are three victory conditions. Throughout the game’s early access period, which is expected to be up to a year long as things stand, Shiro Games will add a multiplayer mode, a fifth playable faction, new features, balancing changes, improvements based on feedback, and more.

You can check out the early access launch trailer for Dune: Spice Wars below.