Ever since MAG launched back in 2010, it showed that the PS3 had room for a competitive FPS with MMO elements. Dust 514 takes that glimmer of hope and expands upon it by directly linking in with EVE Online; arguably the most hardcore and in depth MMO out there. What you get is potentially the most open ended shooter on PS3 yet, and here’s ten reasons why Dust 514 could well be the best online FPS experience the PS3 will have to offer when it launches later this year. 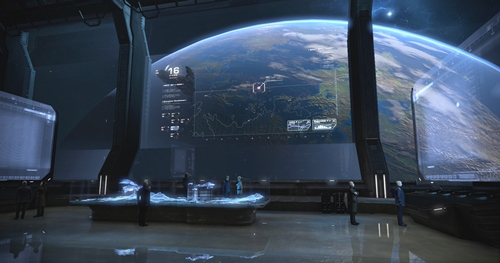 Just remember, we can’t all be top dog at once.

Much like in MAG, some players will be able to elect themselves as unit commander, thus granting them an RTS like view where they can order other players and place various structures around the map. They also need to manage resources as well though, so great power will indeed come with great responsibility. 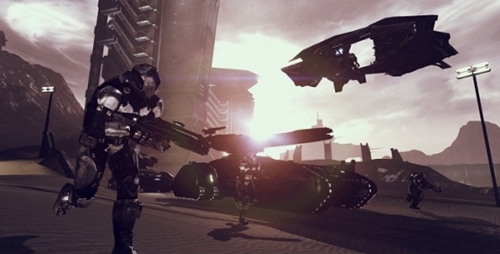 Don’t get too reliant on that aircraft, as it might not be backing you up in the next match.

As Dust 514 is set in the ever-changing world of EVE Online, it means that the maps you fight on are constantly evolving. Though the topography of each planet remains stable the structures and subsequent cover available will change based on how commanders choose to place their buildings and structures, making every battle a fresh experience.

As the fighting in Dust occurs on EVE Online planets, there aren’t set maps as such. Whilst this may alarm more conservative FPS players, it does mean that the scope for map variety is almost limitless. Without set maps, the action could be happening any time and anywhere, resulting in a truly spontaneous style of combat.