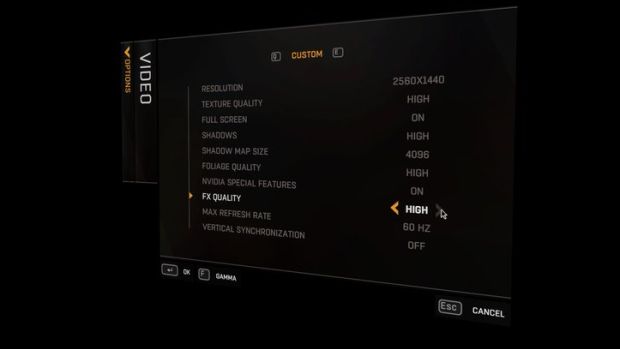 Enroute to the release of Techland’s Dying Light, some of the PC version’s graphical options have been revealed courtesy of a Guru3D member Kezen. Check them out above.

Along with your standard texture quality, foliage quality and shadows options, Dying Light’s resolution can be cranked up to 2560×1440. One can also change the refresh rate and enable V-Sync. Interestingly, the shadow map size can be increased up to 4096 and Nvidia’s Special Features are also supported. There aren’t any options to adjust field of view (FOV) by the looks of it which is somewhat of a bummer.

Dying Light will be out on January 27th worldwide digitally for Xbox One, PS4 and PC. The physical release outside of North America has been delayed but more information will be released on how to obtain the same later.