Before the imminent release of Dying Light 2: Stay Human next month, we take a look back at the original and understand what made it so great.

The games industry has outgrown many of its rivals such as movies and television in the revenue department among others and with the growing costs associated with developing a game – it has rather become common that a majority of developers and by extension, the publishers have gotten laser-focused on making a mark in particular genre or setting. The turn of the century brought with itself this trend with racing games, the PS3 Xbox 360 generation had it with action-adventure games, and the trend continues right now with games that are free-to-play or have open-world elements in them.

As fans of the game might already know, developer Techland’s 2015 release Dying Light largely falls into the bracket of the most prevalent games of the last generation. Even so, the game has managed to carve out a legacy for itself – so much so that fans had been left clamoring for a sequel. Following a long period of waiting and awkward silence and rumours of the developer being acquired, Dying Light 2 Stay Human will be releasing next month, so the time seems ripe to ask the question – what made the original Dying Light one hell of a game?

As mentioned previously, post-apocalyptic games aren’t anything new at this point and this was certainly the case when the original was released in 2015. Players have been treated to all sorts of games that use this setting to great effect – from action-adventure games like The Last of Us to narrative adventures like The Walking Dead to co-op shooters like Left 4 Dead. Even the developer Techland themselves had previously worked on projects like Dead Island, so a new first-person post-apocalyptic game from the developer wouldn’t be anything new at that point.

However, it would be a mistake to describe Dying Light as just another post-apocalyptic game with an open world. Taking cues from games like Mirror’s Edge, the game’s focus was more towards traversal through the dilapidated ruins of the game’s world. However, Dying Light doesn’t place any restrictions like Mirror’s Edge where only specific ledges and rooftops the player can scale, thereby giving it a newfound sense of freedom as you explore the zombie-infested city.

In a market where players have either been accustomed to avoiding zombies completely in fear of running out of ammo in games like The Evil Within or stack kills upon kills like its nothing in games like Left 4 Dead, Dying Light’s freedom to choose how you want to go about dispatching enemies and rightfully suffer the consequences of your choice was pretty refreshing at the time, and still is – to this day. It’s fair to say that Techland knocked it out of the park when it comes to nailing the “feel” of the game – with swift movement and smooth animations that all neatly tie into one another, rarely, if ever, giving the feeling of the game’s movement system being disjointed. 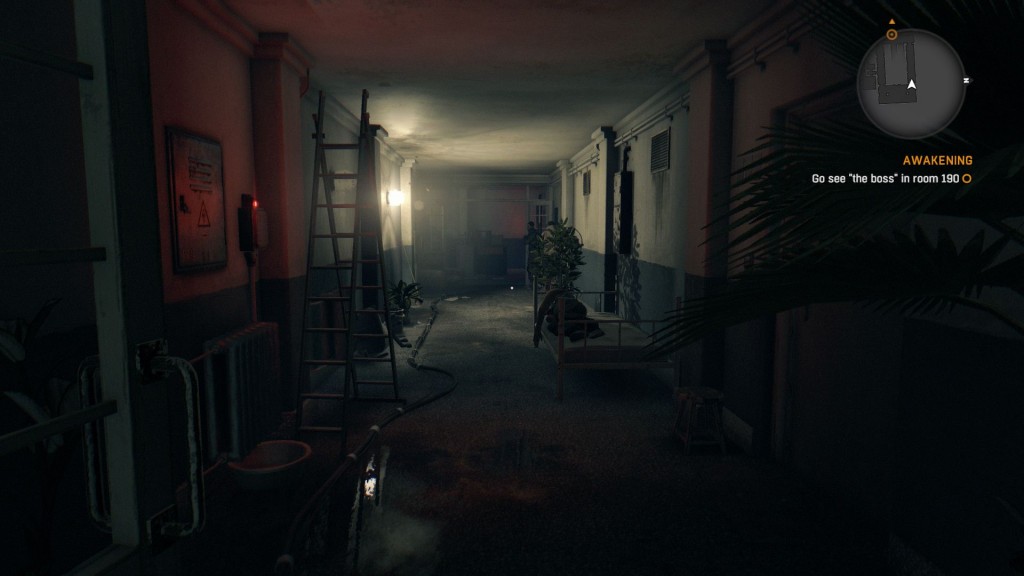 The game’s narrative isn’t anything to write home about, but it is certainly a worthwhile story that can be emotionally evocative at times. Players control Kyle Crane, an undercover GRE agent sent to the Quarantine Zone to retrieve some secretive documents from the game’s main antagonist who could lead to a cure. After a botched landing, Crane gets bitten by a zombie and falls unconscious. He is then is brought into a survivor camp called The Tower where he learns more about the happenings of the world around him and gets to meet a number of characters who start to become likable as you run errands for them throughout the course of the game. Although a very few of the lot actually manage to live through to see the story come to its largely satisfying conclusion – as you’d expect from a post-apocalyptic game.

Techland has had previous experience with melee-oriented survival games such as the likes of Dead Island, so Dying Light featuring a similar combat system does come with all of its merits. Just slashing through hordes of infected is made greatly satisfying thanks to stellar audio and visual feedback, and of course – the fluid animations. What elevates this to another level is the number of weapons players have at their disposal and the diversity among them. A wide variety of attachments can be found throughout the game’s world, which can be used to make light work of zombies. If melee weapons aren’t your thing, you can also wield a number of firearms such as a pistol or a submachine gun in the later parts of the game to pop off enemy soldiers or infected with ease, although ammunition is scarce – so you will need to be careful of that.

Tying all of these great systems together is Dying Light‘s open world, which is equal parts large and deep. There’s a lot of square footage both horizontally and vertically which allows for multiple routes of traversal across areas, which again – is a supremely enjoyable aspect of the game. Players can also partake in a ton of side-quests from characters out in the wild and other similar activities such as chest hunts and so much more – which makes roaming and exploring a worthwhile process. Surprisingly, the game never seems bloated in any way shape, or form. Finally, there’s’ the day and night cycle – wherein the more powerful variants of the infected occur more in number and more frequently, making it pretty hard to get around or complete any missions during night time. However, those who do manage to survive the night get a hefty reward – which can be cashed in for upgrades and progression. 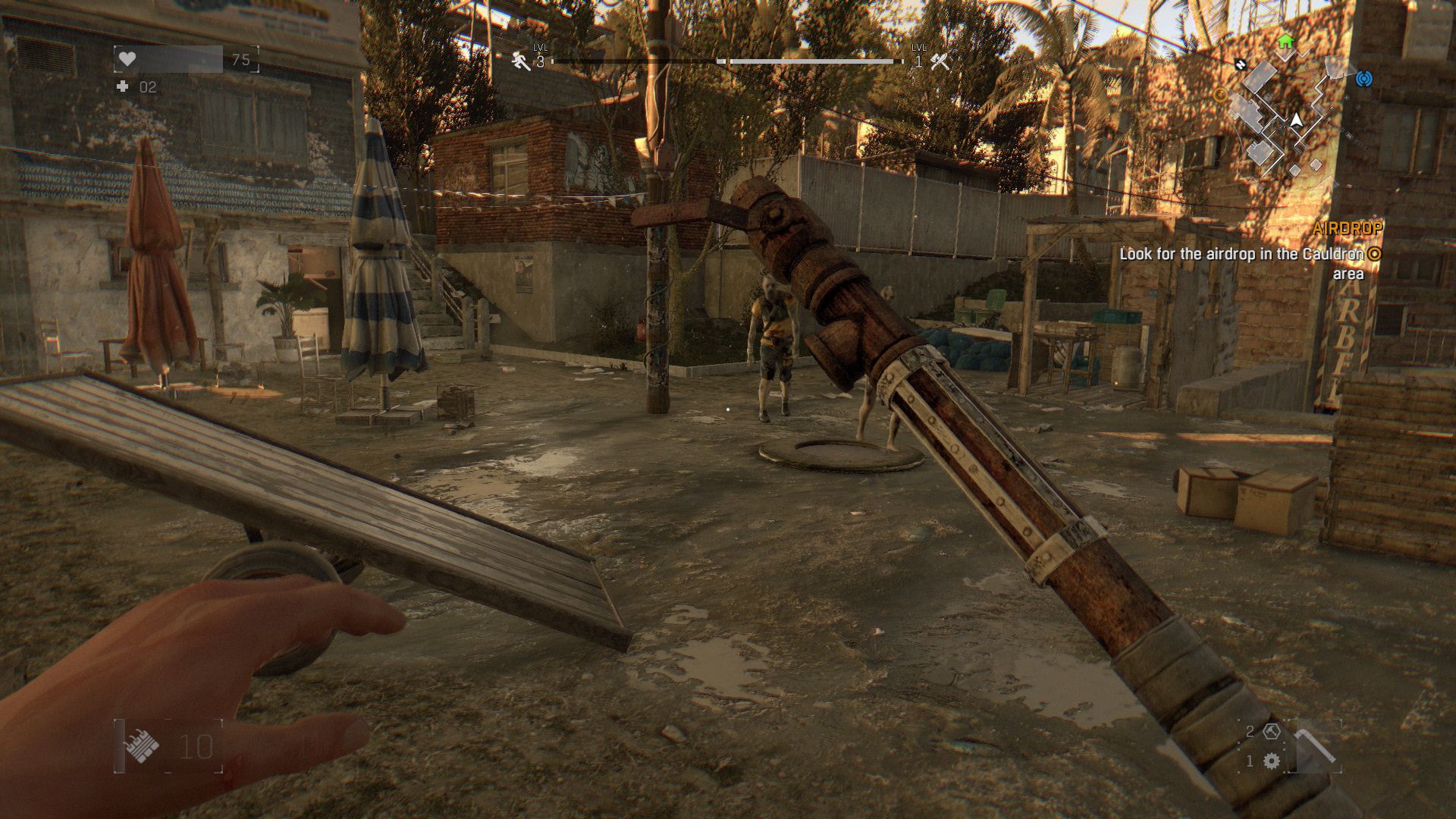 All of these great elements come together beautifully to make Dying Light a great time, and upon its release – the game received good review scores across the board and currently stands at a respectable 75 on Metacritic. Techland announced that Dying Light had sold more than 5 million units, and continued to shower players with post-launch content updates including but not limited to a battle royale mode and of course, Dying Light: The Following. Very few AAA single-player releases of recent memory even come close to offering the amount of post-launch DLCs that Dying Light has offered to its players since its release.

Those interested in checking out the game should definitely get the game’s Platinum Edition, which packs in all of the post-release content – and with its sequel just around the corner, it’s certainly a great time to see what the fuss is all about. But coming back to what made Dying Light one hell of a game, I’d say it’s the beautiful amalgamation of the melee combat and the exquisite freerunning mechanics all housed in the meaningful open-world which makes it an unforgettable and most importantly, a unique experience that’s worth remembering to this day.