Dying Light players got real busy with the killing recently. 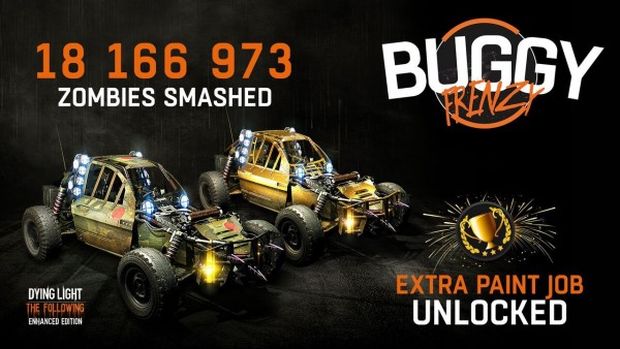 The first community event for Techland’s Dying Light: The Following has quite the turn-out. It challenged players to run over 5 million zombies using their dune buggies in the expansion and to achieve the same within 48 hours. To say that players achieved that is putting it lightly.

According to the developer, some 18.2 million zombies were roadkill during the event. Participating players who helped complete the challenge were rewarded with a gold paint job for their buggies along with a special weapon docket. A rare buggy skin has also been doled out as a reward to the number of undead murdered.

What are your thoughts on the event and the massacre that followed? Let us know in the comments.