Almost as an apology for the pink puffball’s absence from Nintendo consoles for nearly a decade now, Nintendo unveiled the latest instalment in the Kirby series, which looks to be the adorable mascot’s most epic outing yet.

The game goes for the Yoshi’s Island root, with its graphics being modelled after “hand stitched” pallets, leaving the game with a very distinctive, unique and endearingly adorable look.

The game features some really fun platforming sections, as well as puzzles that utilize the new setting.

Kirby’s Epic Yarn is coming later this year to the Wii exclusively. 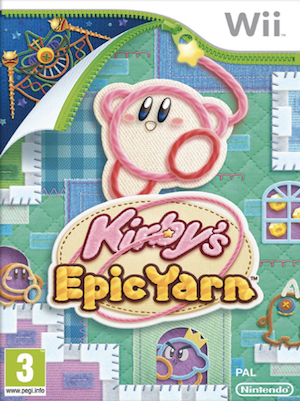