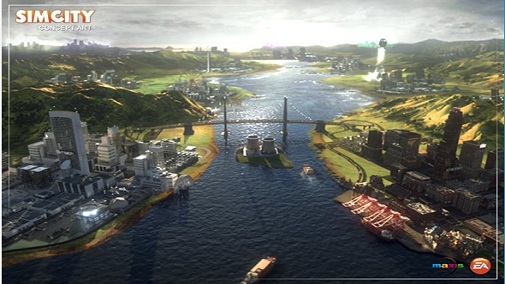 Sim City is coming February 2013, and man it looks good. This is the Sim City game we have been waiting for ever since Sim City 4, almost a decade ago.

We don’t have much else to go on: the footage looked great, and it looked like some degree of freedom was afforded to the players this time around when it came to micromanaging the placement of individual buildings (players might remember that the older games only allowed for zoning). Apart from that, it seems that disasters return in full form, with the trailer closing with a T Rex attacking a city. It is also the first multiplayer enable Sim City game, that allows players either to collude together and form a nation, with each player managing one city, or by allowing a single player to manage an entire nation of Sim Cities himself.

Sim City is sure to be one of next year’s biggest games. Stay tuned for more info.