E3 2012: Sony Reveals A Move Racing Wheel, Stay Away From It 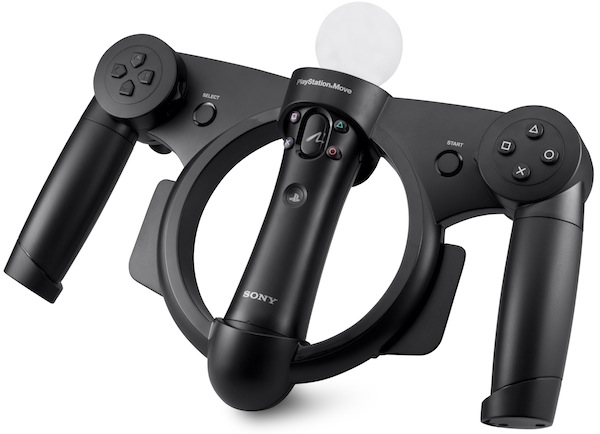 Seriously, look at it. What in the blazing world is that even supposed to be? Some sort of torture device?

Continuing on from their (renewed) ever present pursuit to pitch the PS Move to casual gamers, Sony has unveiled the PS Move equivalent of the Wii Wheel. Except, they have clearly taken the recent allegations and criticisms of their copying Nintendo to heart, as the PS Move Racing Wheel looks nothing whatsoever like a Wii Wheel, or any wheel whatsoever. Instead, it looks like an unholy trident with a sex toy in the middle.