3D head scans of 17 players captured for the game, with Camp Nou as stadium. 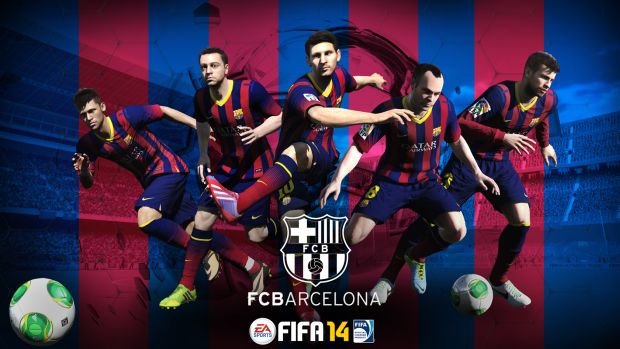 Electronic Arts has announced that it is partnering with F.C. Barcelona for a three-year deal, thus making EA Sports the official video game partner for the club. This also means that players such as Xavi Hernandez and Dani Alves have had 3D head scans captured to lend their authenticity to their appearance in the game. The home pitch for F.C. Barcelona, Camp Nou, will also be available.

EA Sports senior VP and group general manager Matt Bilbey stated that, “Joining a world class football club like Barcelona as an Official Club Partner is a fantastic opportunity for EA SPORTS and our fans. We will create a deeper connection with their passionate, global fan base, and use our games as a platform to engage supporters all around the world for years to come.”

F.C. chief marketing officer Laurent Colette also stated that, “We are delighted to have the opportunity to partner with EA SPORTS, one of the world’s leading sports and entertainment brands, and to create a stronger relationship between our global fan bases. We encourage everyone to try out the game, get a feel for being under the skin of our players and emulating their actions on the pitch; without a doubt those who try it will enjoy it.”

FIFA 14 will release for current gen consoles on September 24th for North America and on September 27th for Europe, with next gen releases due later.

They're pushovers on their own, but a horde of Boo-Hags together can make life difficult for vampire hunter Je...

343 Industries is reportedly abandoning its internal Slipspace Engine, which made its debut with Halo Infinite...

Blackbird Interactive outlines the new Golem units, from the Plank Golem acting as a turret to the Mossy Golem...

Subnautica developer's latest is a turn-based tabletop tactics game with digital miniatures. Over 50 units are...

Due to player numbers in online modes dropping to "low levels," Electronic Arts has announced that the servers...