If you own a copy of Rock Band on any of the iOS devices and play it regularly, then you will be shocked to know that EA is going to disable that on May 31st. Yes, your purchased copy of the game will be unplayable.

I really do not understand this decision by EA, as they could have removed the game but allowed people who bought it to continue playing it.

If you boot up Rock Band on the iOS, you will be greeted with a nifty little notification which says that the game will be no longer playable on the device, and as a bonus message, it says “Thanks for rocking out with us!”.

If I owned the game, I certainly wouldn’t be taking it so lightly. EA not given a proper justification for disabling owned copies.

The people on the Rock Band forums are obviously disappointed by this news, and EA would probably never do this to the PS3 and Xbox 360 copies, as the backlash will be way bigger.

EA is still selling the game for $5 on the App Store which makes it all the more baffling. 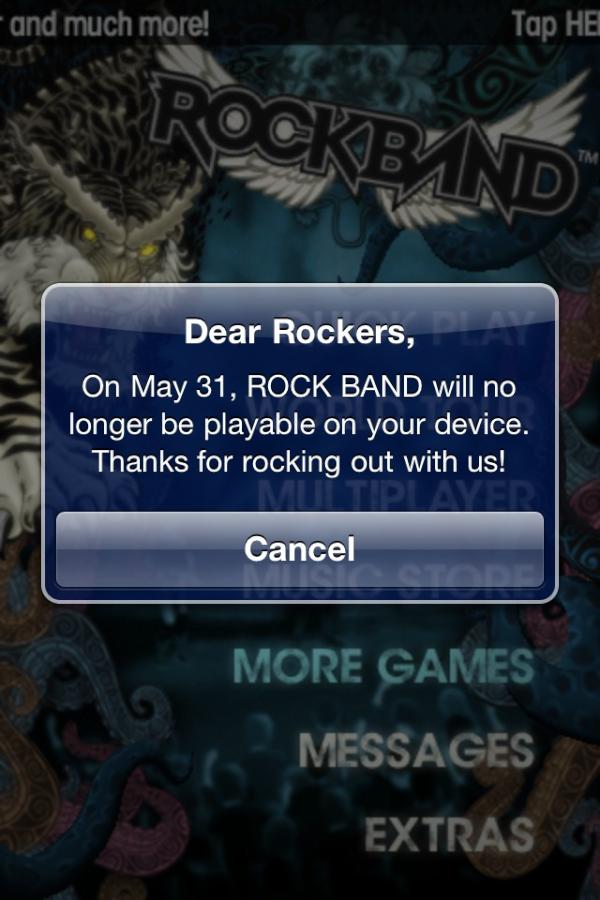