There will also be more resources for recovering health and "fighting for a longer time than before' as per Miyazaki. 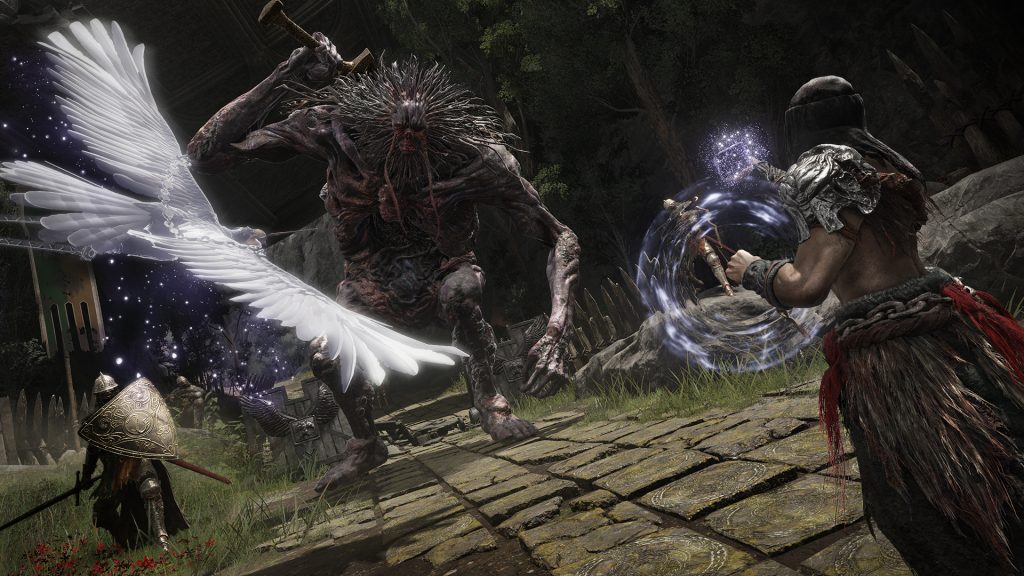 FromSoftware’s Hidetaka Miyazaki has been quite busy as of late. Following the gameplay reveal of Elden Ring, Miyazaki has been providing details on the game’s major areas, freedom and world design. In a big interview with IGN, he talked about a variety of things. Fast travel, for instance, has been confirmed.

“Yes, fast travel is present. Of course, we do want users to enjoy the aspect of exploration and uncover the map for themselves, but we also wanted to take into account that level of comfort and ease of play. So we have incorporated fast travel for those long distances, yes.” When asked about leveling and how Elden Ring approaches progression, Miyazaki said there’s a “certain amount of progression and reward” regardless of the direction the player takes. Players will also be able to customize and craft items on the go.

“So yes, with this increased sense of scale and this vast new map, we had to allow for a certain amount of progression and reward no matter which direction the player took and which path they take because of that high level of freedom. You will find those elements to battle and those elements to just exploring the world, which will allow you to keep that going. You can customize and craft items on the go by using materials found in the world. There are also more resources to recover health on the way as you will be fighting for a longer time than before.

“The key word I think is ‘retention’, and retaining a sense of progression, so we wanted them to keep going, to keep that flow as they explore and they journey through the map.”

Interestingly, Miyazaki also teased a “couple of elements” that allow for retention of progress. “So to give an example from a previous game, you could call the resurrection mechanic in Sekiro a retention of the sense of progress and not wanting to spoil that sense of rhythm or tempo the player has as they play. So we have a couple of elements in Elden Ring, which come from a similar kind of breed. Something that will keep them going and keep them encouraged to explore further.” However, you cannot resurrect in Elden Ring so don’t try it.

Elden Ring is out on January 21st 2022 for Xbox One, Xbox Series X/S, PS4, PS5 and PC. It’s set in The Lands Between, which Game of Thrones writer George R.R. Martin coined, with its denizens fighting over shards of the Elden Ring. Those who purchase the title on previous-gen platforms can avail of a free upgrade to current-gen consoles.