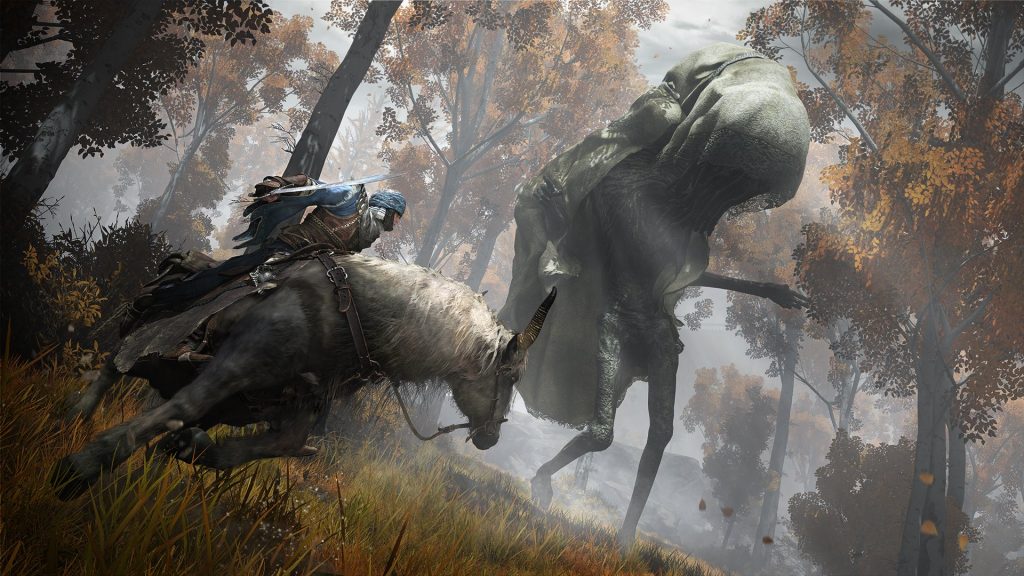 Numerous details about FromSoftware’s Elden Ring are starting to go live following its gameplay reveal at the Summer Game Fest. Along with talking about The Lands Between and its design with IGN, director Hidetaka Miyazaki also spoke to Famitsu (translation via DeepL) and provided even more details. A character creator is confirmed which allows players to “create their own character and play as them, similar to the ‘Dark Souls‘ series.”

Miyazaki already revealed that there are six major areas, each with their own dungeon map and Demigod that rules the region. There is a set progression to follow, which Miyazaki described to Famitsu as a “clear ‘blessed guidance.’ From the perspective of the world of this game, it’s almost like a divine revelation, but it’s not absolute. It is up to the player to follow the ‘guidance’ or question it.”

In gameplay terms, it lets players know where they have to go next when they’re not sure. But players have a “much higher” degree of freedom in the progression than Dark Souls with multiple endings. As such, there are only a limited number of bosses that “absolutely must be defeated” but you’ll find some optional ones to tackle as well.

Other details include the return of Battle Arts from Dark Souls 3. There are about 100 techniques but they’re not fixed to a weapon this time around. One can also equip Spirits which serve as summons which have different roles like attacking, defending, acting as decoys and whatnot. They can seemingly be improved but you may find a few useless ones as well.

In terms of difficulty, Elden Ring is described as more “manageable” with more options available for players. However, you’ll still come across some tough enemies in The Lands Between so stay alert. The title releases on January 21st 2022 for Xbox Series X/S, Xbox One, PS4, PS5 and PC.