Pre-loads are currently available for all Xbox platforms. Steam and PlayStation players must wait till 48 hours before release time for pre-loads. 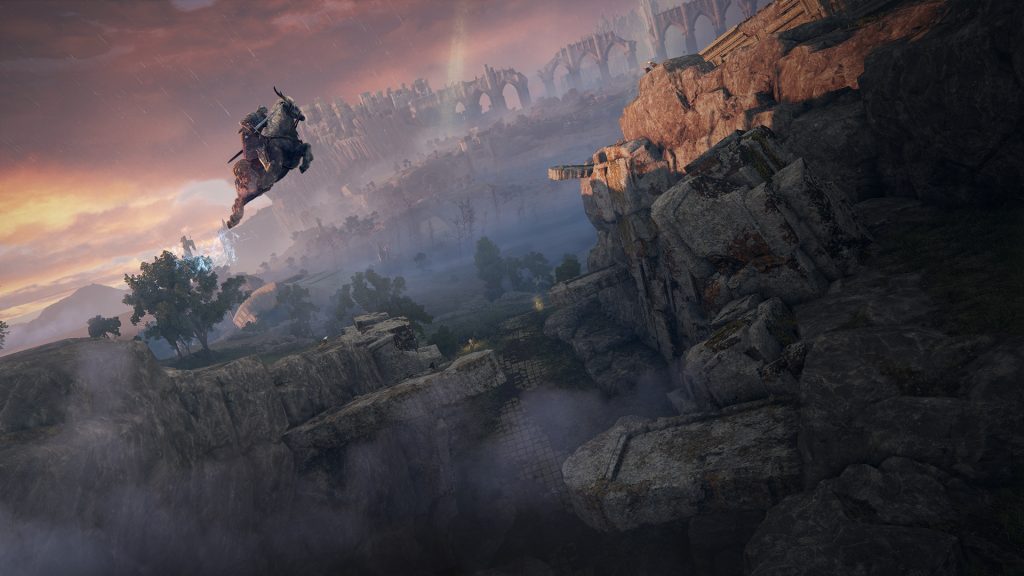 With FromSoftware’s Elden Ring just a few days away, Bandai Namco Entertainment has revealed the pre-load and worldwide release timings. Pre-loads are currently available on Xbox platforms but PlayStation and Steam users will need to wait 48 hours prior to their respective regional times.

The regional release timings for PC and consoles are as follows. You can also refer to the world map image below for additional regions:

Elden Ring will be coming to Xbox One, Xbox Series X/S, PS4, PS5 and PC. It takes place in The Lands Between following The Shattering which saw the mythical Elden Ring broken up into numerous Great Runes. As a Tarnished, the descendant of heroes past, you must collect all of the Great Runes and ascend to the rank of Elden Lord.

Along with more build opportunities – since skills are no longer tied to specific weapons – Elden Ring is also open world. Players are free to go wherever they want, exploring dungeons and caves for loot (and danger) or tackling the Legacy Dungeons to defeat the Demigods. Stay tuned for more details in the coming days. 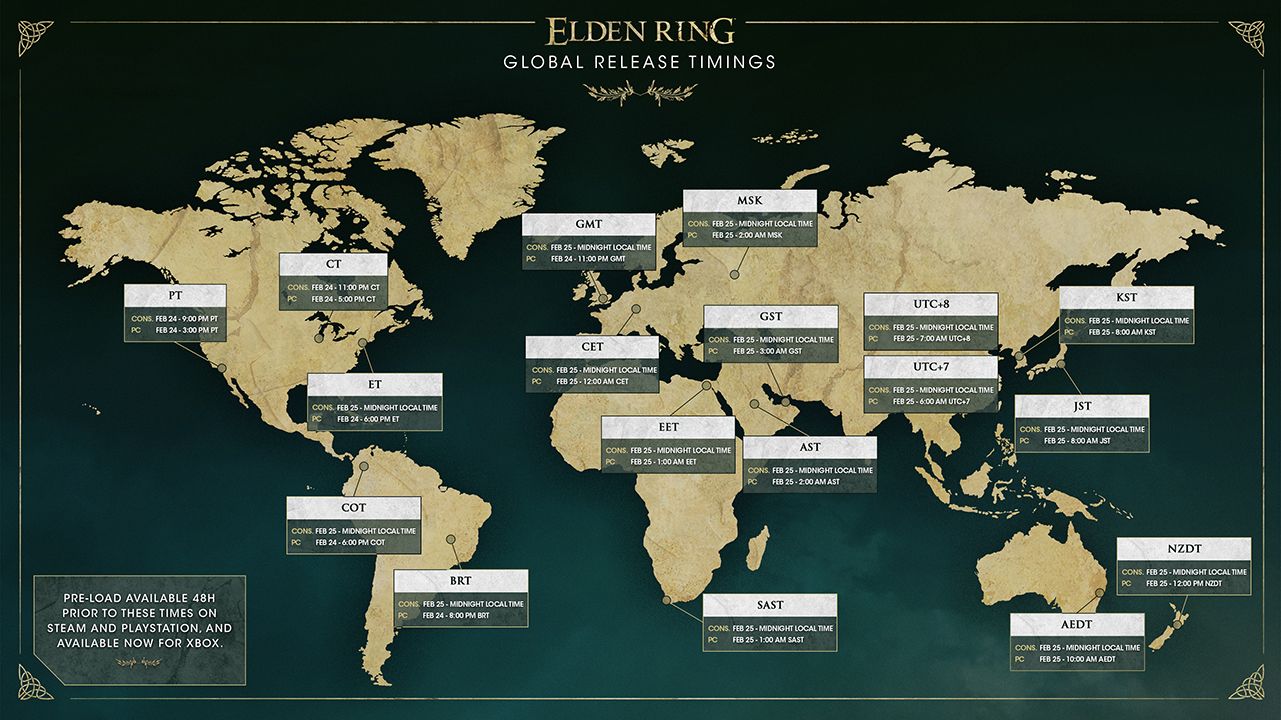